Today I cycled from Pléven to Saint Malo. The roads going into Saint Malo were not very cycle friendly: lots of traffic. Also, the address of the "hotel" I'm staying at was only approximate: only a street name and no number. For some reason, my Garmin GPS had me do a 5km detour only to lead me to a blocked road. But even if this road were not blocked, I think bicycles are not allowed on it anyway. I called the hotel and the owner told me to enter a different address, about 200m from the hotel. My GPS could find correct directions to this point just 200m from the address I had for the hotel, but not to the hotel itself. I tried to do an experiment: find directions from this alternative point to the hotel: My GPS crashed :-) I eventually found the place. It took about 1.5 hours when it should have taken about 5 minutes. So, I've had better cycling days :-)

On a positive note, the weather was quite nice today: fluctuating between hot/sunny and cooler/partly cloudy. I also had some nice views of the sea coming into Saint Malo.

For lunch, I had traditional French cuisine: a Grand Maque. I also rediscovered Sprite. After lunch, I went to a beach nearby and just sat and relaxed for a while.

The hotel I'm staying at has normal rooms, but it also has what I'm staying in: roulottes, or gypsy wagons. There's a guest book inside the wagon signed by people who previously stayed here. I'll have to think of something clever to write in there.

There's a small sort of bucket inside the wagon to care of business if need be. But in the main building there are modern toilets available. I wonder which one I'll use...

For dinner, I went to Casino cafeteria in a mall next to the hotel. It doesn't sound glamorous but it was delicious, and the portions were generous : I had salmon with potatoes, a glass of wine, and pie for dessert. I'm actually writing this blog as I eat. Burp. Excuse me.

After all the cycling detours I did today, I'm just too tired to go for a visit in the center of Saint Malo. If you were hoping to have a virtual visit of the city through me, and you're disappointed it won't happen: tough. Visit it yourself some day :-)  And send me a postcard. 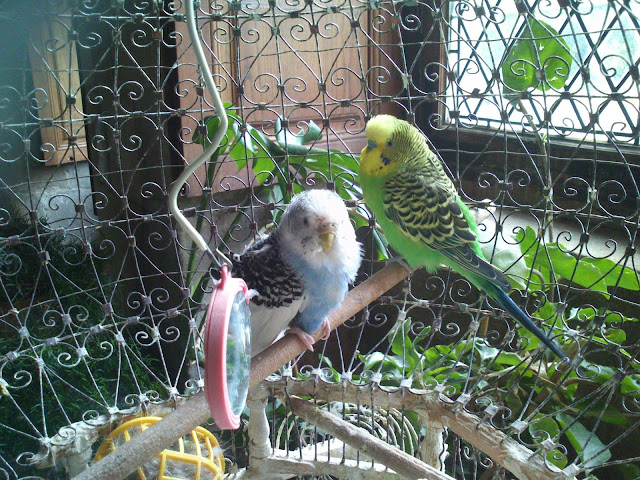 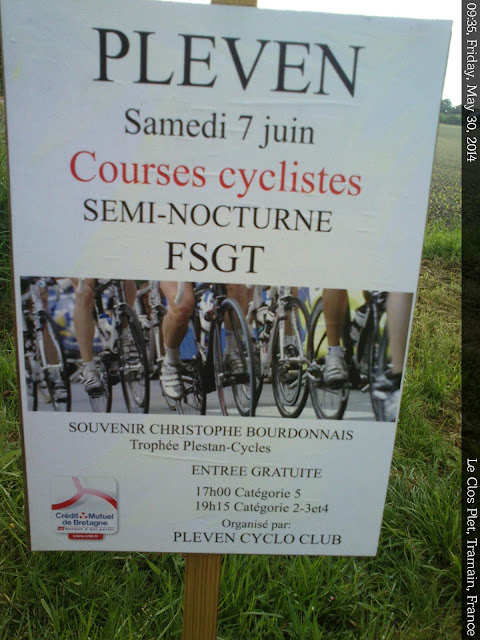 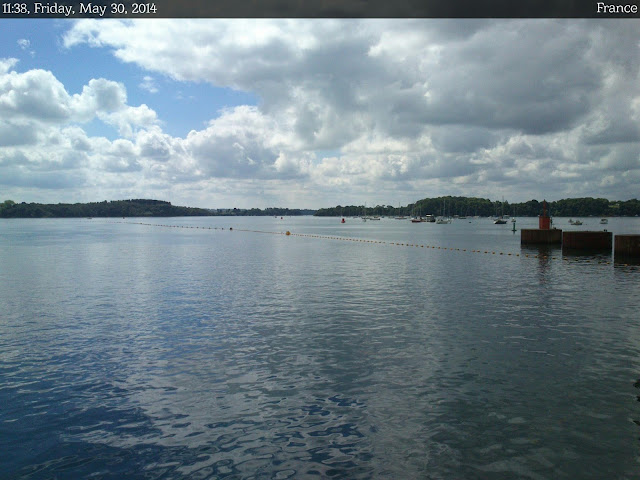 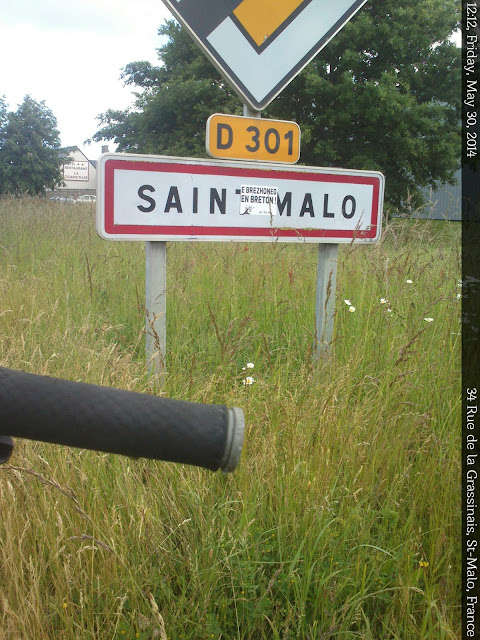 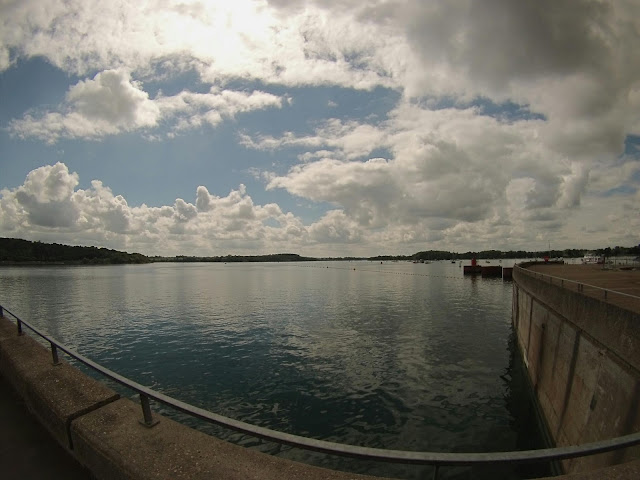 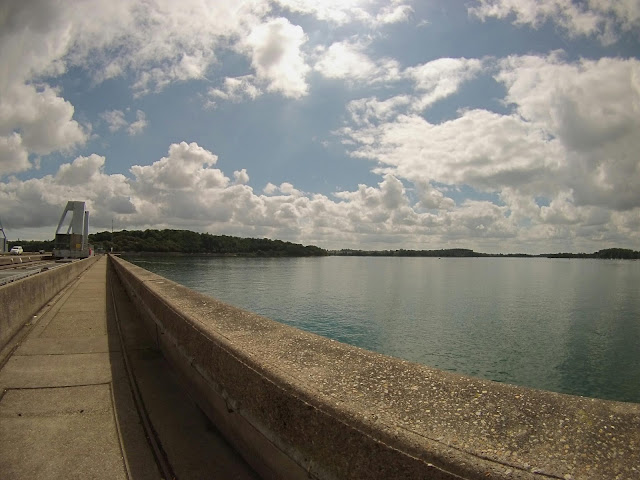 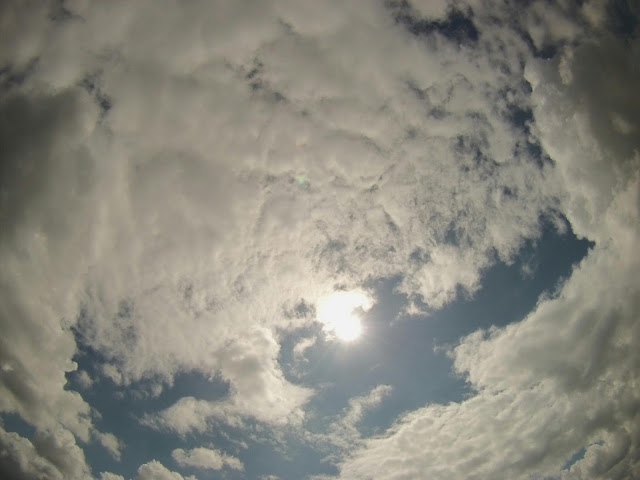 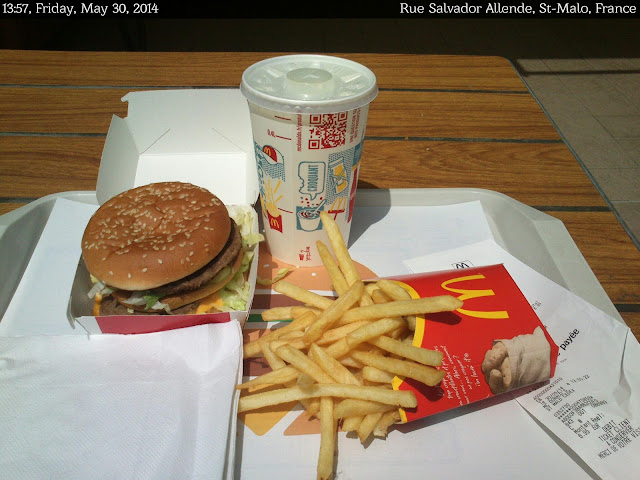 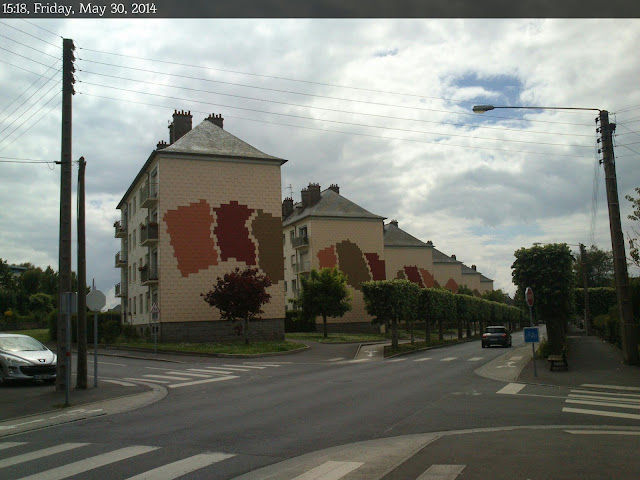 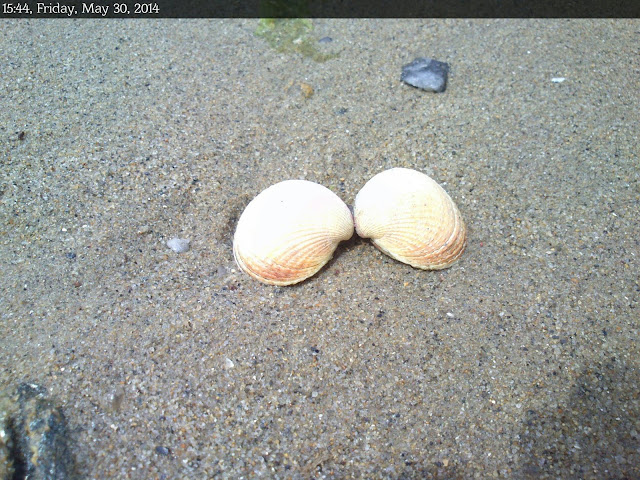 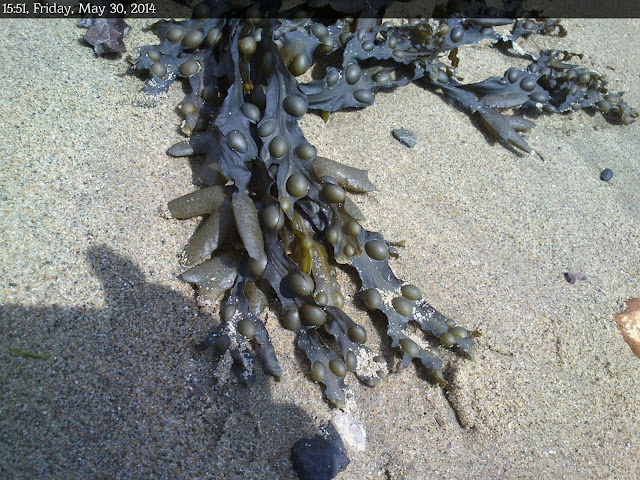 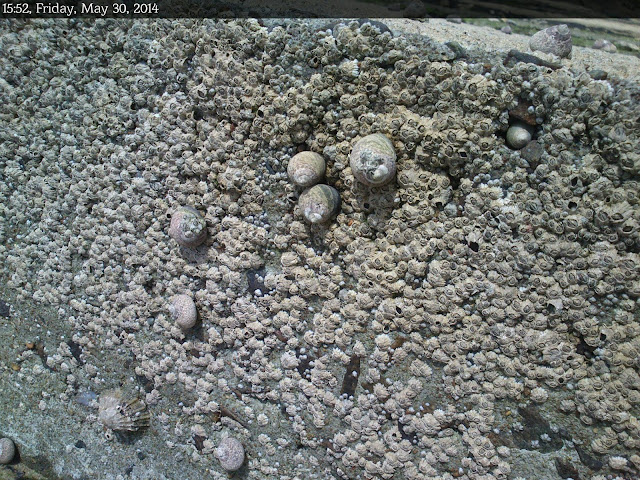 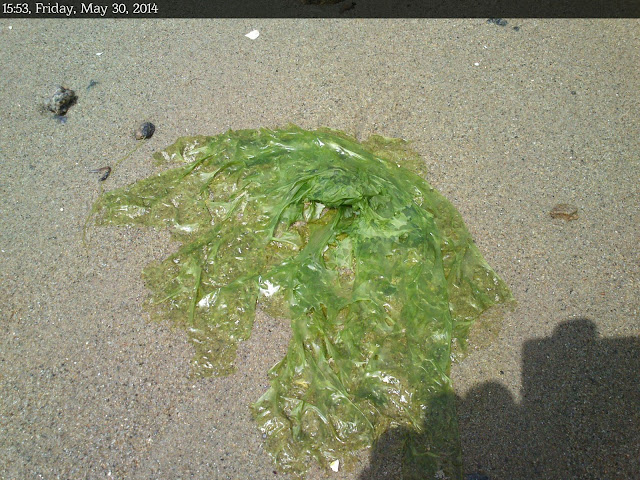 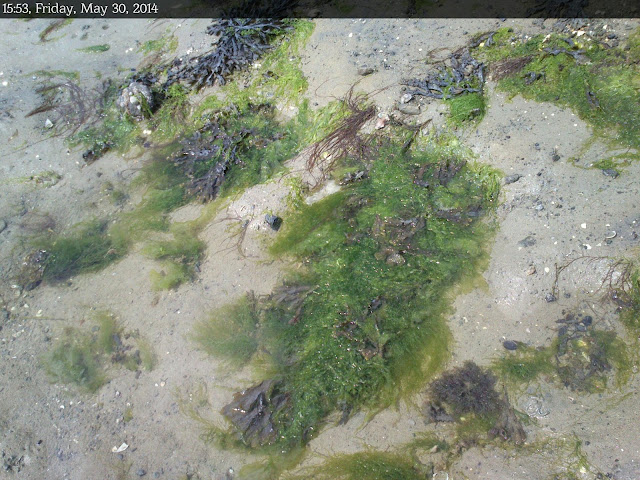 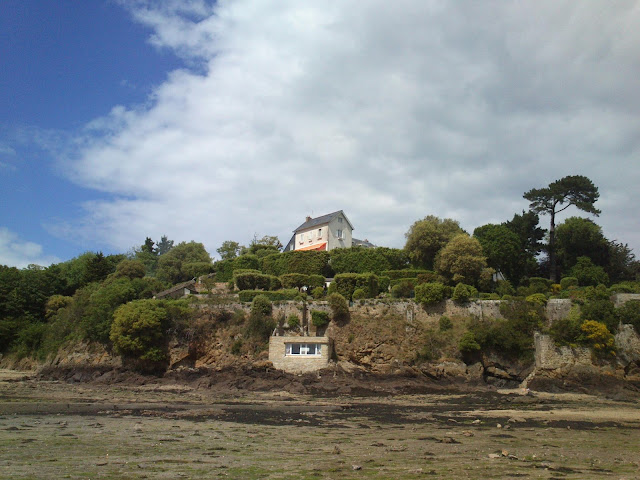 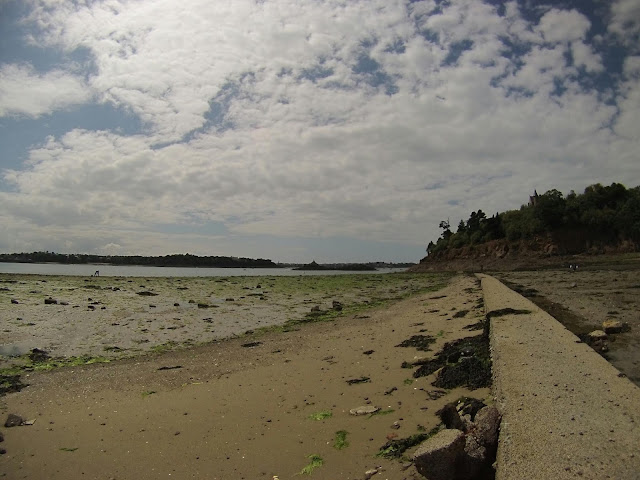 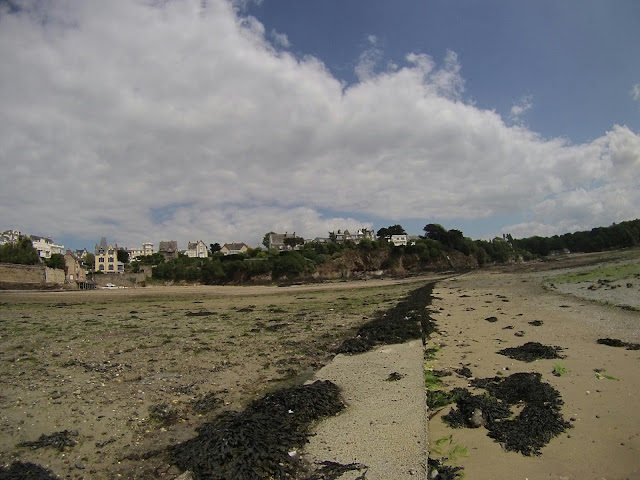 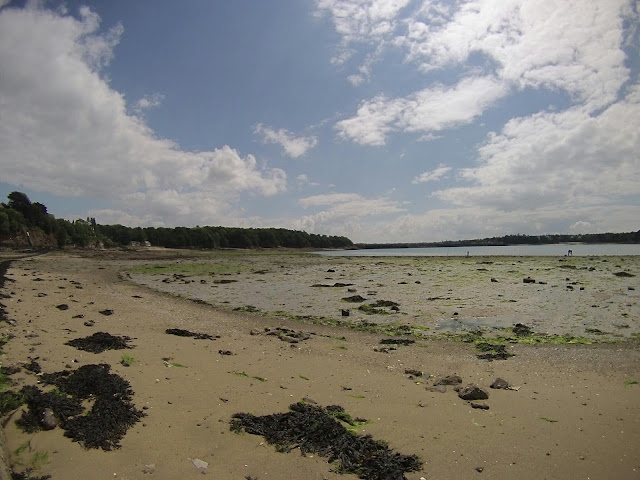 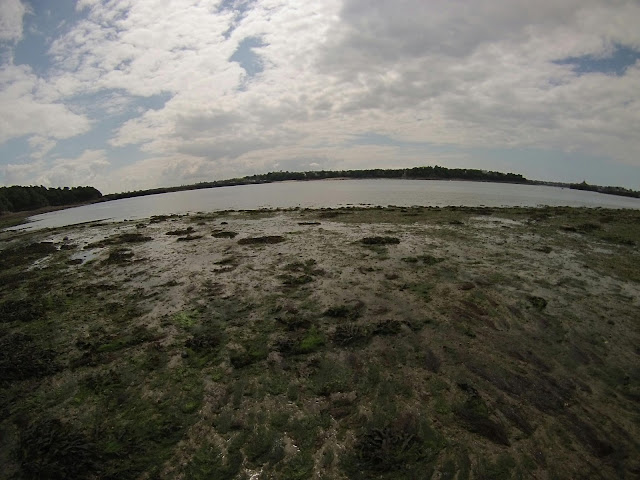 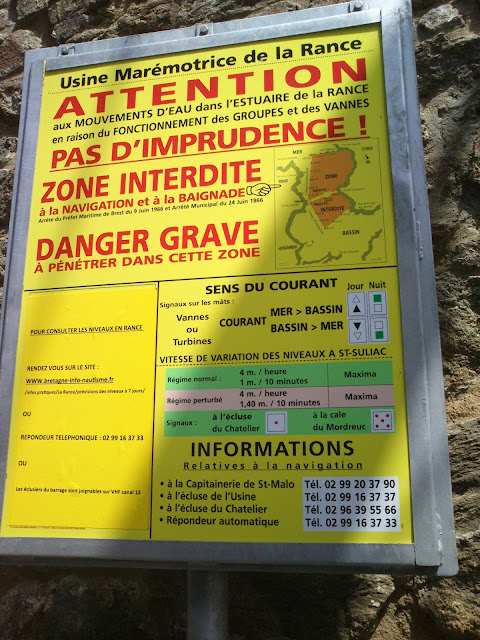 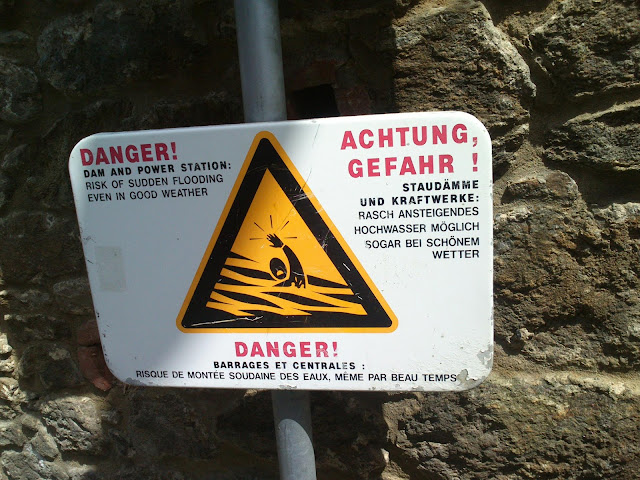 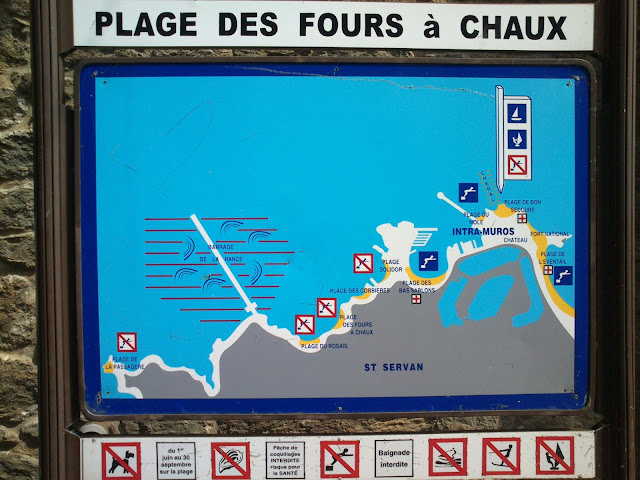 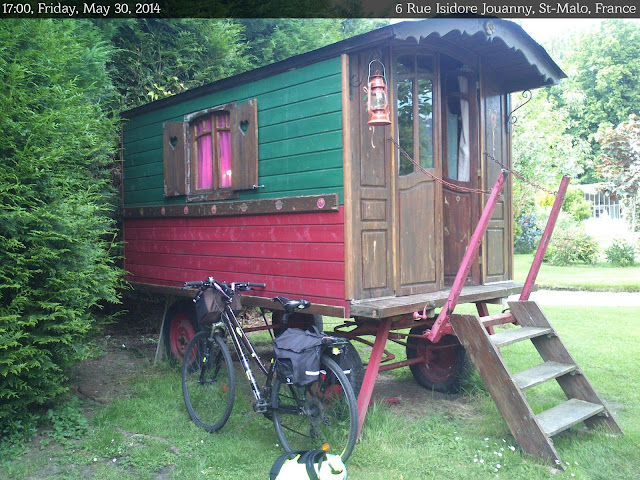 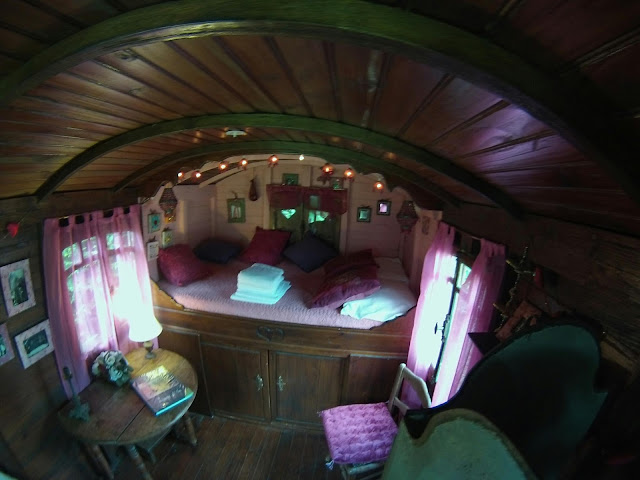 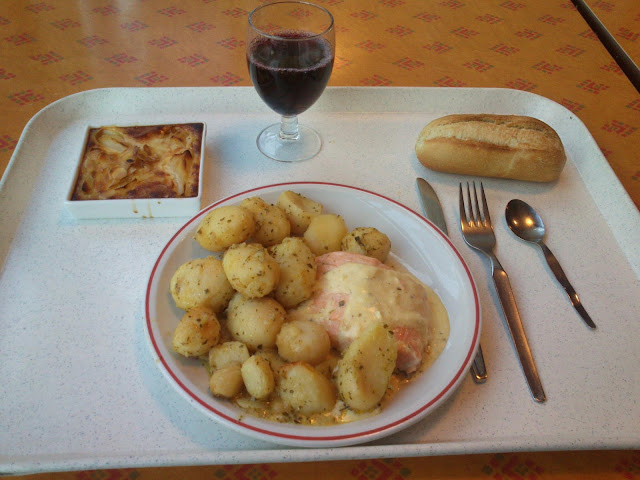 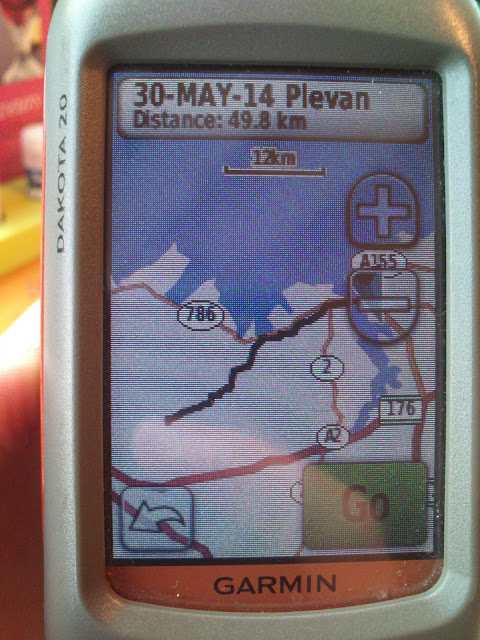 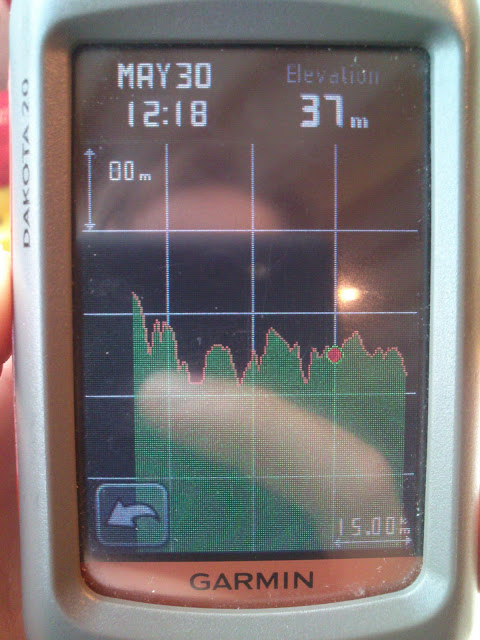 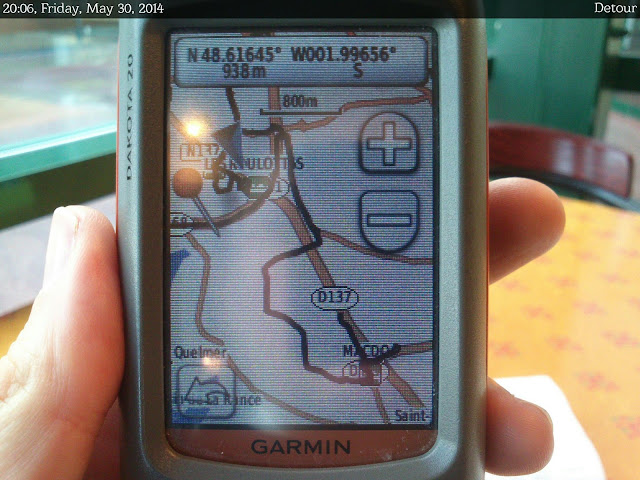