Today I did 83km and I'm not even sore!  Also, by doing Chartres -Tours in 2 days instead of 3, I've made up for the day I spent comatose in Maroeuil. So, I'm back on schedule.  I have a buffer of a few rest days,  but I prefer to save these days for really bad weather or aches.

Today, I had interesting weather. I started out with a slight drizzle.  Not too bad but having rain gear was a must. It stopped raining,  and after a while I saw a laundromat. I went in and dried a few things for 20 minutes.  Feeling comfy again,  I exited the laundromat and it started to rain again.

After a while the clouds cleared,  the sun shone down its warmth, birds started to tweet and I started to dry. That lasted maybe 45 mins and then it started to rain again.  It was off and on the whole day. Each time it became sunny,  I had hope it would stay that way, and each time it started to rain, I reminded myself that it wouldn't last long.  Every time it transitioned from rain to sun, I looked around for a rainbow,  but alas, I never saw one.

At one point it was sunny AND raining.  I was covered simultaneously by complete sunlight and raindrops. Very weird.  You can't explain that.

At one point after a rain spell, I noticed that my breaks were rubbing against the wheels. I did my best to fix it, but I decided to take my bike in to see the bike doctor for a checkup. I arrived in Tours and went to GoSport, where the bike doctor tweaked a few things (gears,  breaks). I think he spent about a half hour on it and charged me 24 euros. It's probably a lot for simple adjustments, but I was happy to have somebody who knows better than me do it.

Today, I took pictures using an app BoD made just for me! It adds a timestamp and location caption to the photo, but unlike EvidenceCam, the timestamp is in local time, not GMT. Now that's love, making a special tailored app just for your girlfriend :-)

I had dinner at the hotel: shrimp with clementines for the starter,  tagliatelle carbonara (with an egg!) for the main dish, and a fruit salad for dessert. 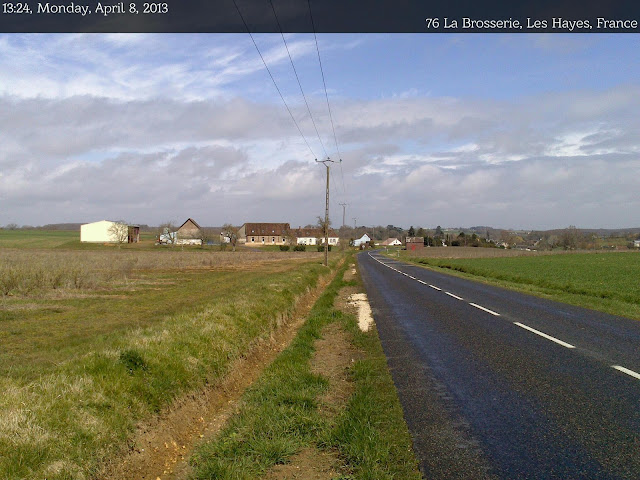 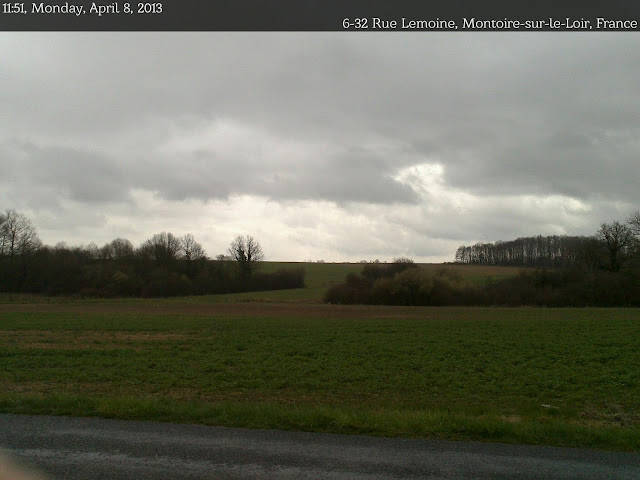 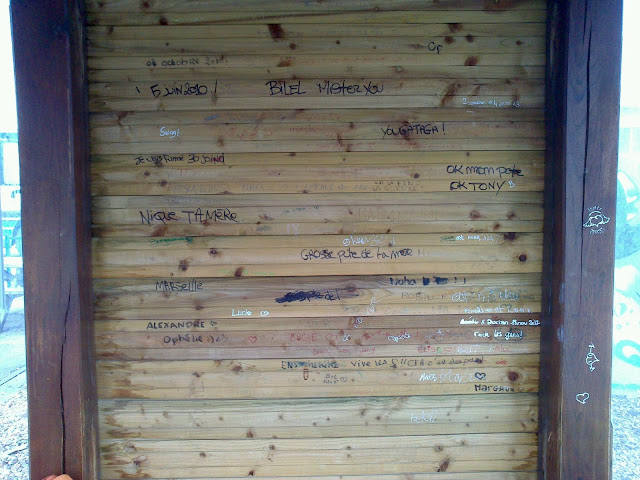 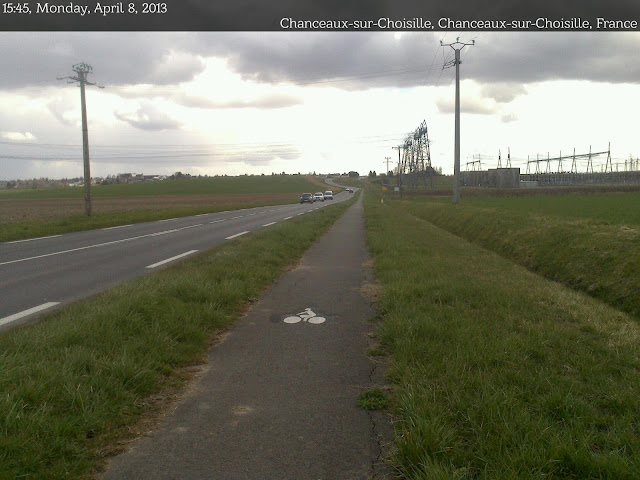 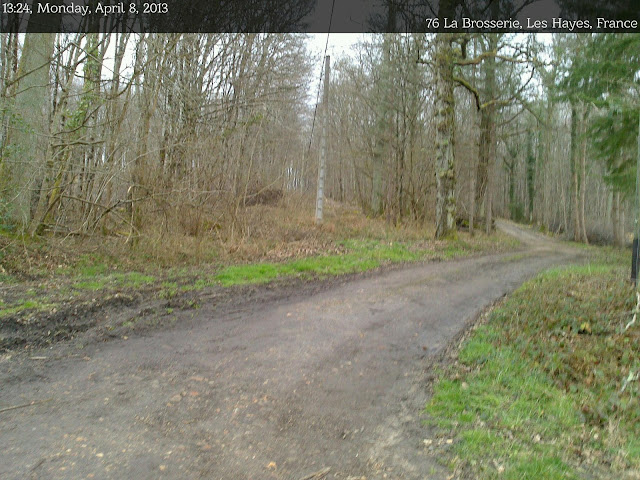 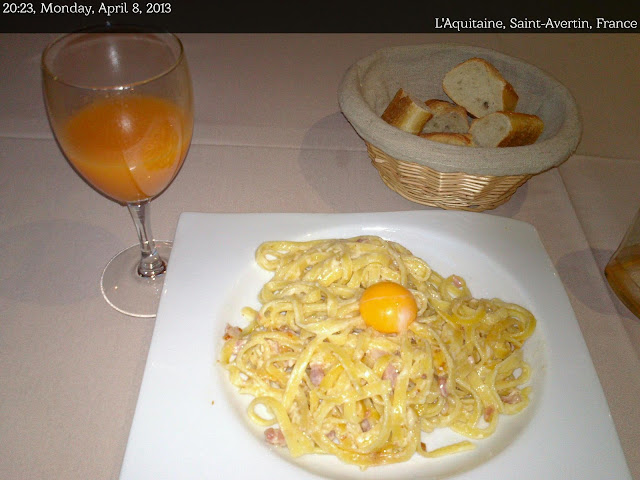 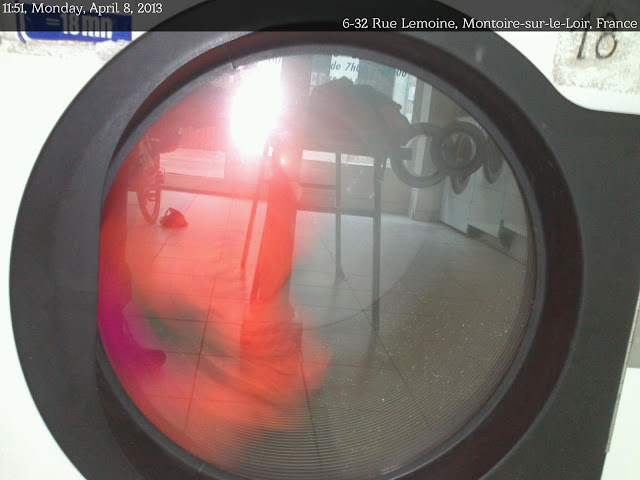 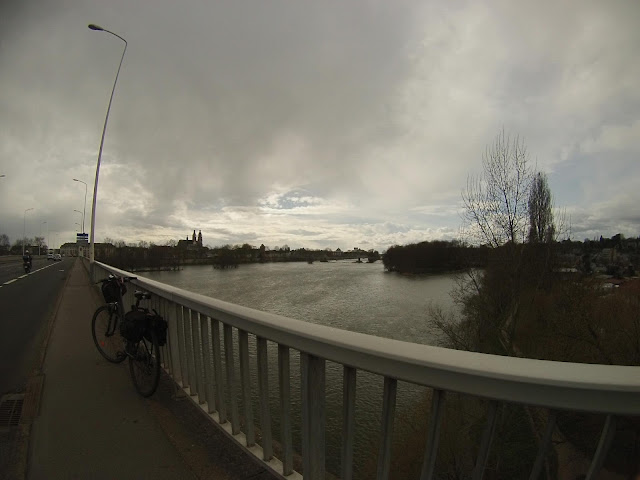 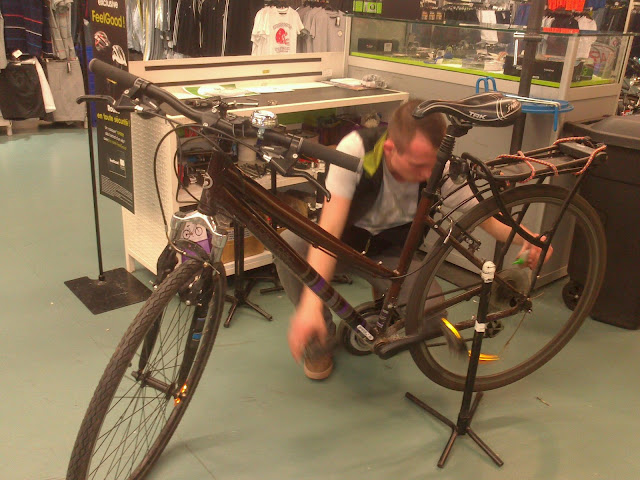 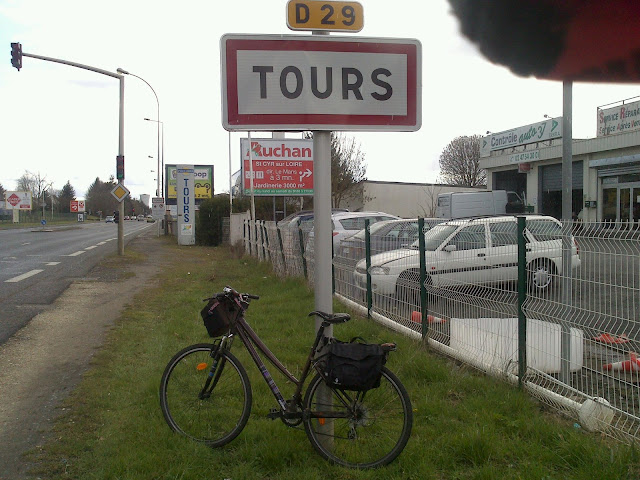 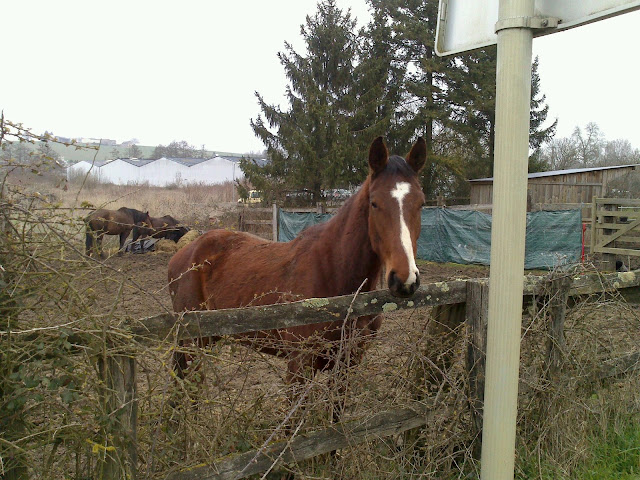