Today, I saw farm vehicles going almost as slow as me,  cemeteries, snow, a shy horse, and lots of fields. When I saw the snow, I knew I had to stop to make a snowman. I only spent a couple of minutes on it though. It looks more like a snow owl than a snow man, I think.

Food seems to be an interesting topic for my readers, so I'll describe my gastronomic experiences of the day. I had breakfast this morning at the hotel in Amiens. Eggs and bacon were nowhere to be found, but I did have some crepes with apricot jam, a croissant, some ham, and orange juice. That's not too much, but my stomach wasn't awake enough yet at 7am to have a full feast. My mid morning snacks consisted of a banana, dried fruits,  nuts, and a baguette left over from Maroeuil. Lunch was not too tasty: a cold can of lentils with carrots.  I had to wait until I was quite hungry so that I could eat it. There was not much choice though, as there were no restaurants along the way. My mid afternoon snack was a kiwi left over from Maroeuil.

Dinner was excellent,  even though it was not French at all! (Some of you will be disappointed, sorry). I ate at Buffalo Grill, which is basically a steakhouse with an American country / tex-mex theme. I arrived at 7:15pm and I think I was their only customer. Maybe that's a bit early.  Country music was playing in the background and the staff were dressed in flannel shirts. They didn't have a southern drawl though (not sure what a southern drawl would sound like in French) .
I ordered a steak and a baked potato, with cranberry juice and a cheesecake for dessert.  Cheesecake is hard to come by here so I had to take this opportunity! It was all very delicious.

Tomorrow I'll be heading out to Mantes la Jolie.  It's not a great city but a necessary stop on the way to Chartres.

Today I marked a milestone by completing the first fold-out map: "Nord-Pas-de-Calais, Picardie". I can leave this map behind as I get started on the next one: "Oise, Paris, Val d'Oise" 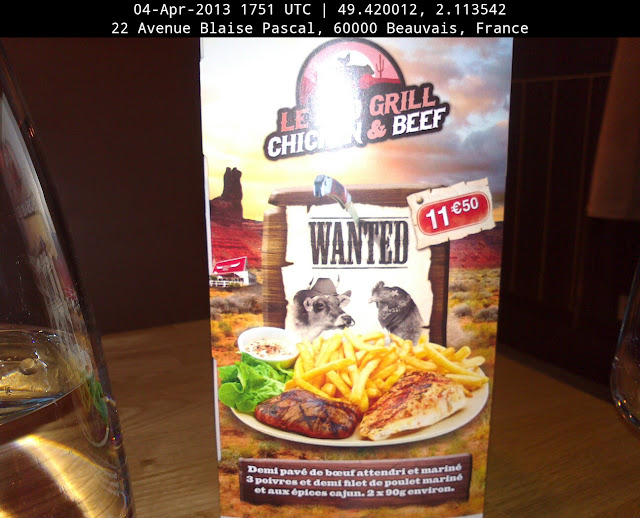 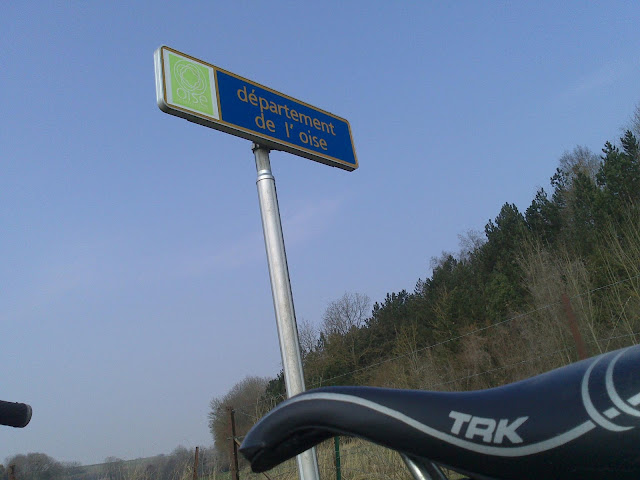 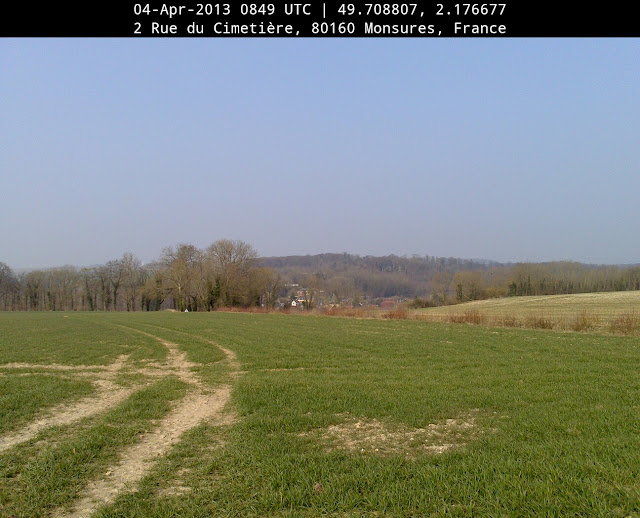 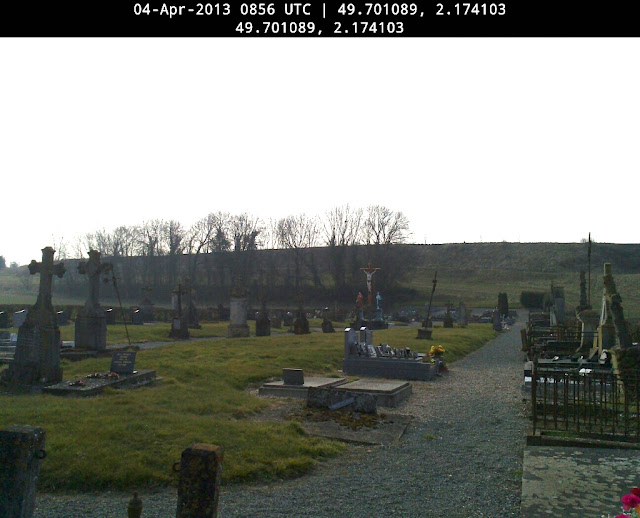 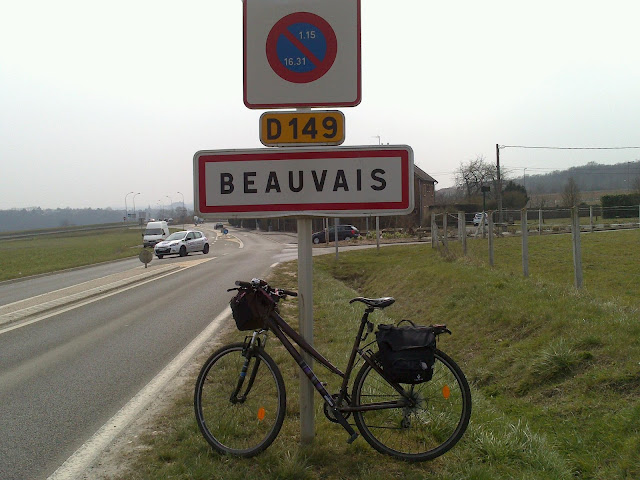 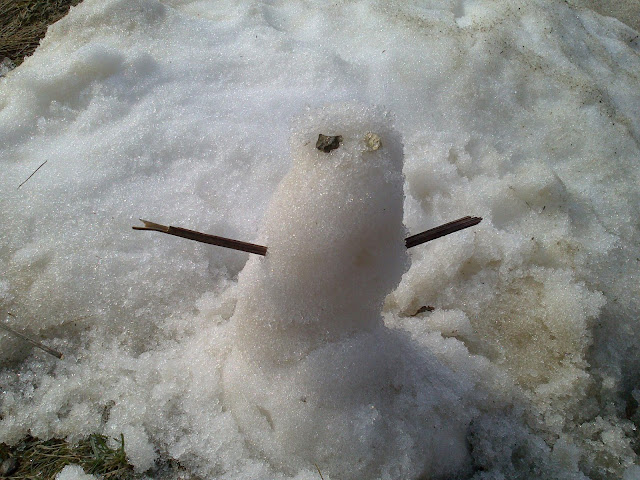 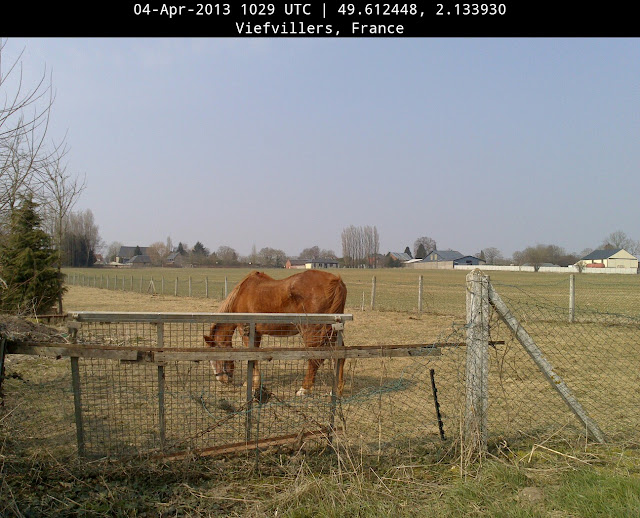 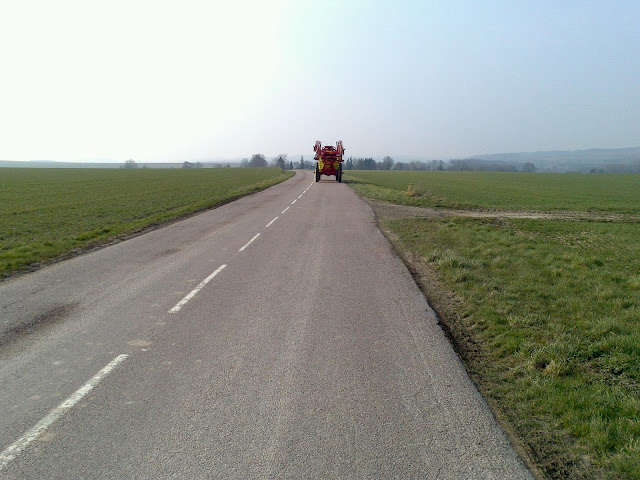 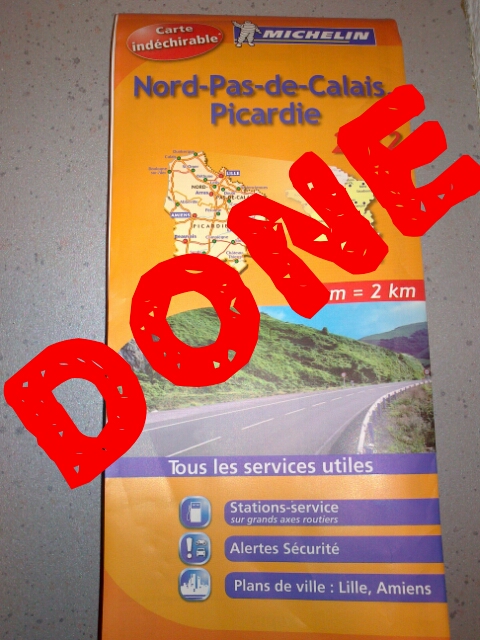