First of all, I've added a few more pictures to yesterday's post.

I saw the forecast was for pretty good weather this morning: no rain, and only a slight headwind (enough to make riding a bit difficult but nothing like yesterday!) The forecast called for rain in the early afternoon with more wind. So, my goal was to leave early this morning and go as far as possible before the rain started. Pushing as hard as I could, I ended up doing 51km in 4 hours, arriving at the hotel in Vouillé at noon. I only had rain for the last couple of kilometers, so the timing was pretty good :-)

The hotel is actually a castle which seems to be in the middle of the forest.
I had lunch in the castle restaurant. It was much classier than what I'm used to. The wine menu was several pages long. As for the food, they had a few menus to choose from, each one with starter, main dish, and dessert, with prices ranging from 19 eur for the menu of the day, to I believe 66 eur. I picked one somewhere in the middle. :-) For the first dish (starter), the food was about the size of my thumb, served on a huge dish. It was a (classy) piece of chicken with pea puree. After the starter, another dish came. It was also a miniscule portion, and I started thinking that I'd better make a trip out to the supermarket after lunch to get some substance.  But after that plate came another,and finally the dessert, so I didn't leave the restaurant still hungry :-) The dessert was delicious : an assortment of various apple desserts.

I was the only one in the restaurant, which was huge. It was a bit weird, but I got the best service.  For one of the courses, I had two knives and two forks.  Of course, I had no idea why :-)

After lunch, I had a nice nap. Then, not in the mood for another classy meal for tonight or tomorrow morning, I went to Super U and got enough food for dinner,  breakfast tomorrow and snacks: sandwich, fruitcake, banana, fig cookies, cereal, juice, and two small apple pies. Yum. 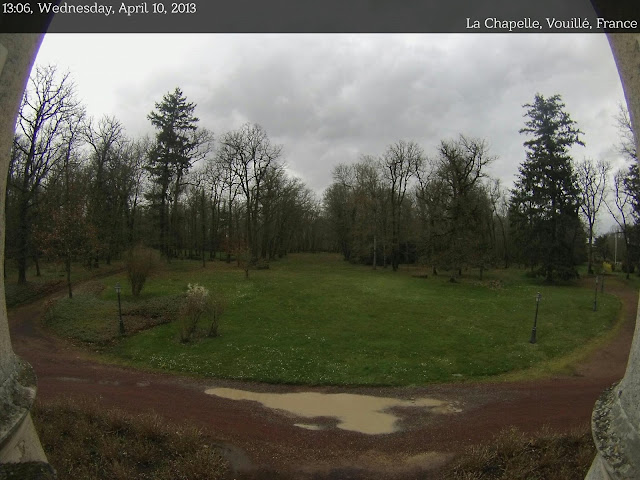 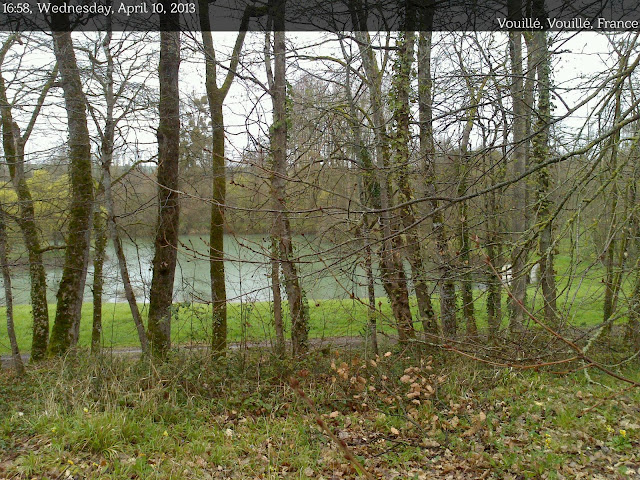 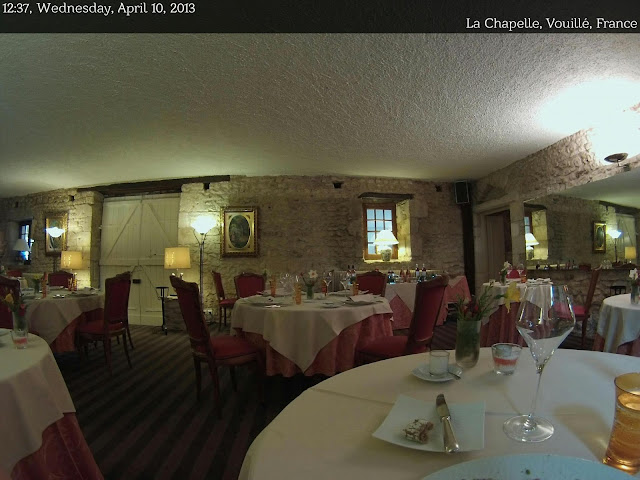 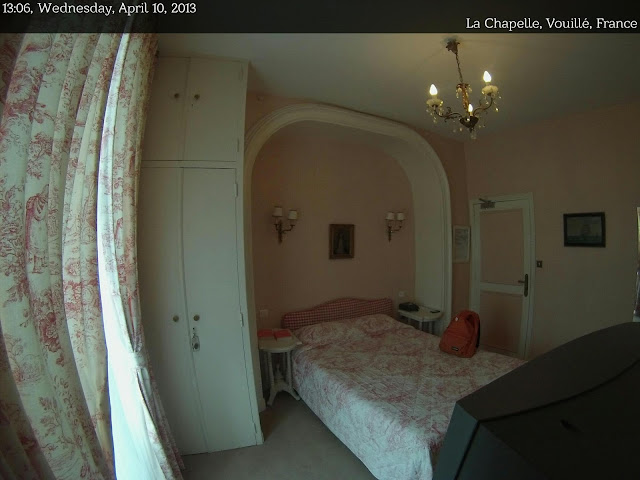 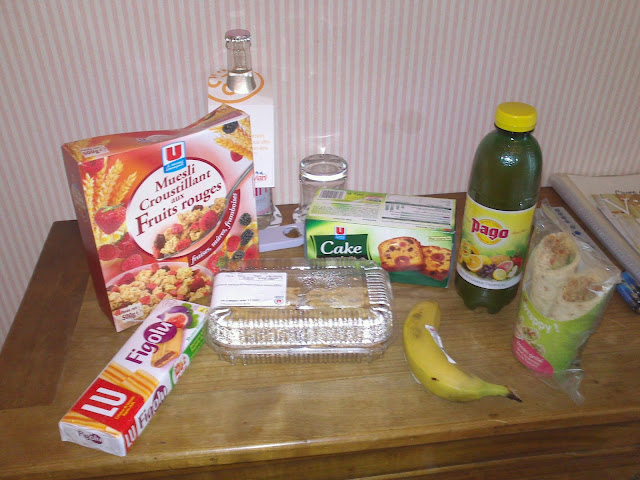 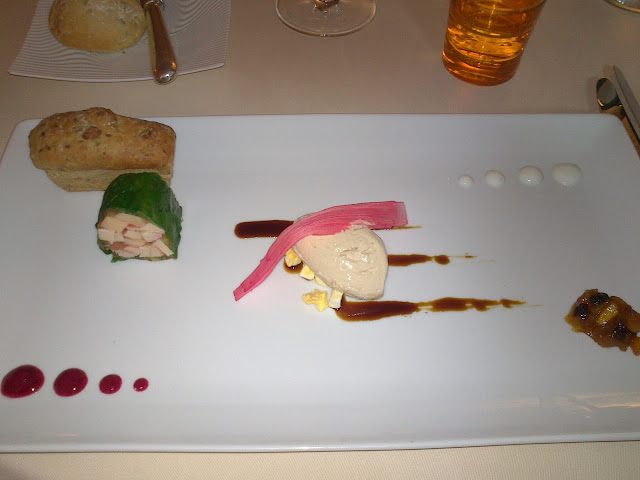 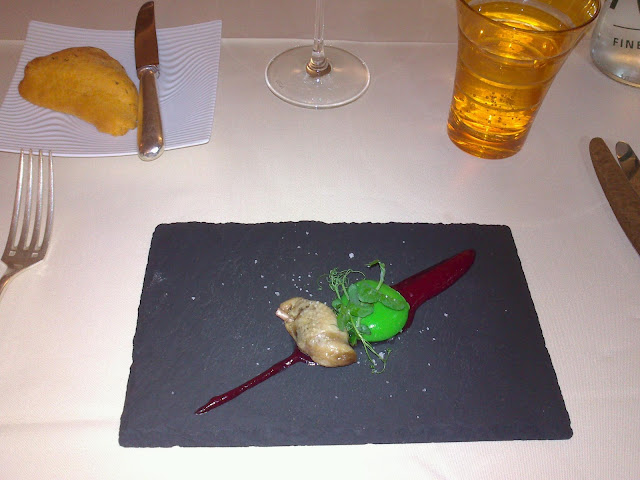 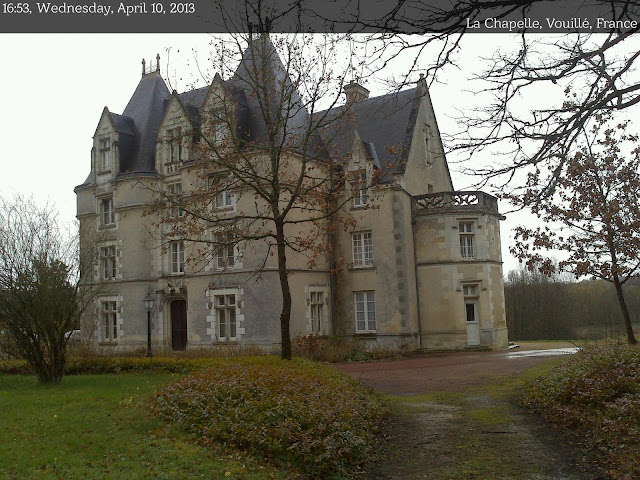 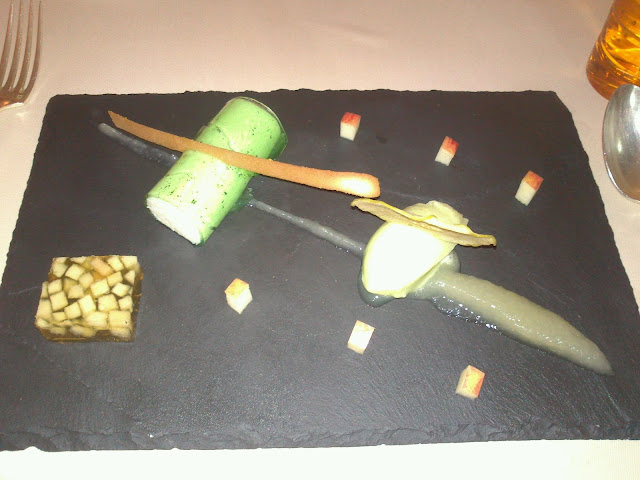 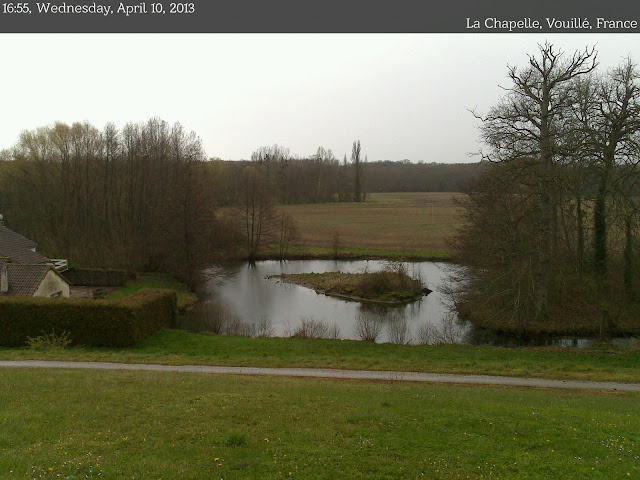