Another day with perfect weather for cycling. Over 90% of the ride today was on isolated bike paths, mostly through the forest.

I had a hard time finding the start of the bike path this morning in Mimizan. I've posted a screen capture from my Garmin gps of all the detours I did looking for the bike path. I asked a nice guy on a bike how to find the path, and he led me to it :-) I had another detour an hour or so into the trip, at Contis plage, where I got lost again. Yes, even with a gps, a smartphone with Google maps, a foldout map, and maps posted in the forest, it was still possible to get lost! Note that the second detour resembles a certain body part.

I only saw the bike paths on my foldout map. My gps and Google maps were useless at finding them. It's strange, because for these paths to be on the foldout map of the whole Aquitaine region, I would think they would be important enough to be on my gps or Google maps (this map is a normal road map, not a special hiking or biking edition)

Anyway, other than these small detours, it was easy riding the whole day.  :-)

My bags and I got dirtier than usual today.  I think the dirt is actually wood dust. You can see a photo of my bag full of the stuff.

I saw many cyclists today. In the forest, I saw guys riding racing bikes as well as a couple of guys who must have been on tour as well, with even more bags than I had. They were probably camping as well.  As I got closer to Capbreton, I saw more families and couples just cycling to have a nice stroll.

My hotel is just a couple of minutes walking distance from the beach (like yesterday). I had dinner at a restaurant on the beach. I ordered "moules frites"  (mollusks and fries) with a glass of red wine and a waffle for dessert. :-) 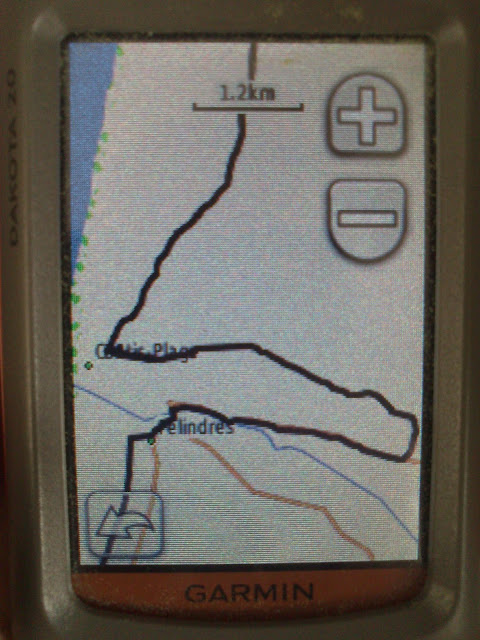 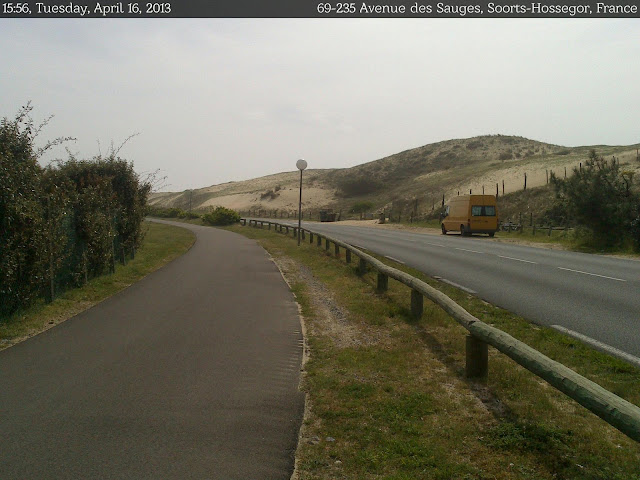 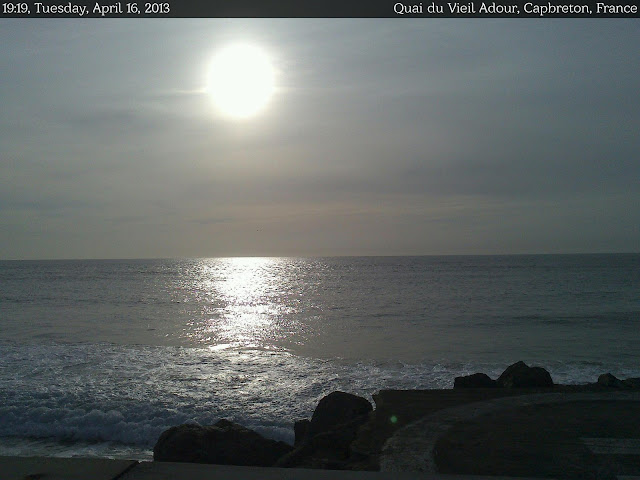 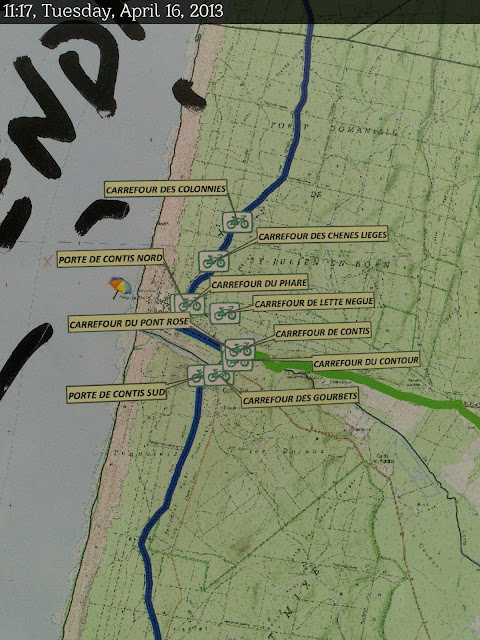 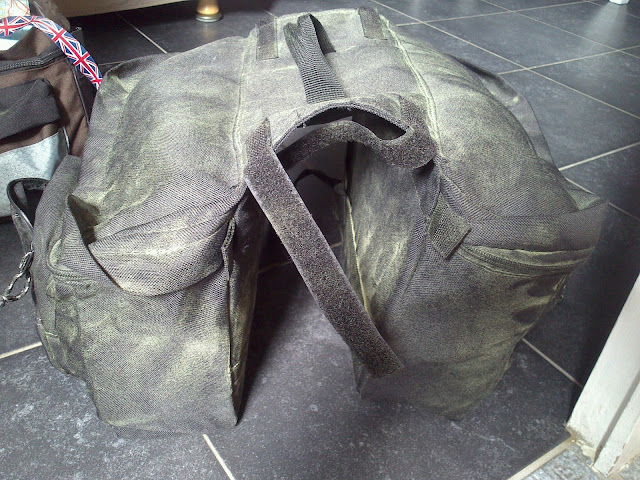 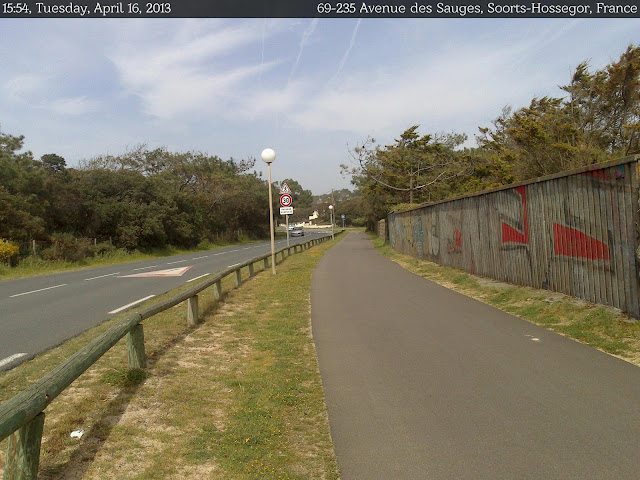 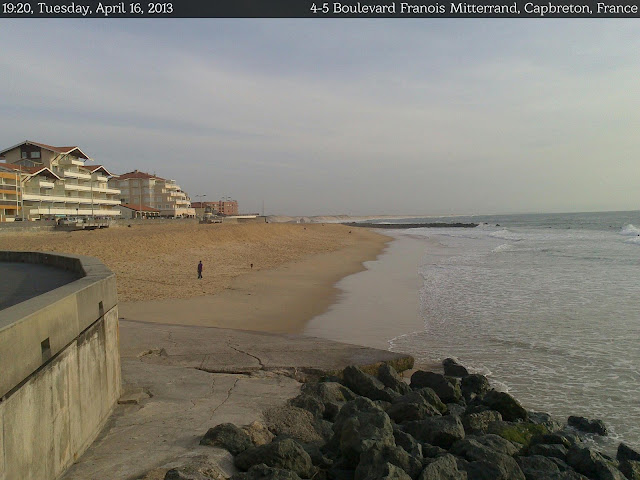 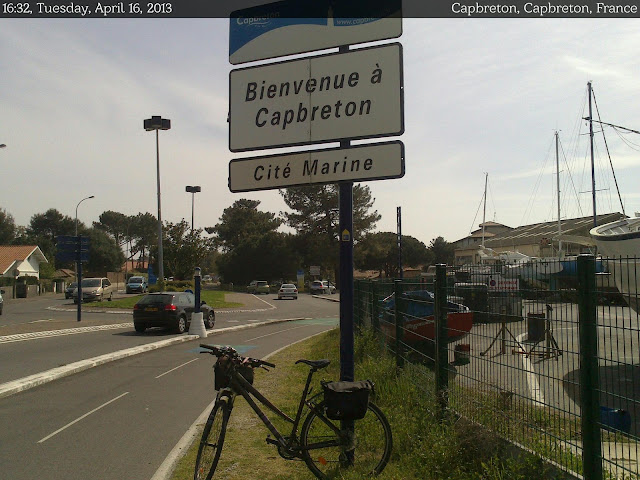 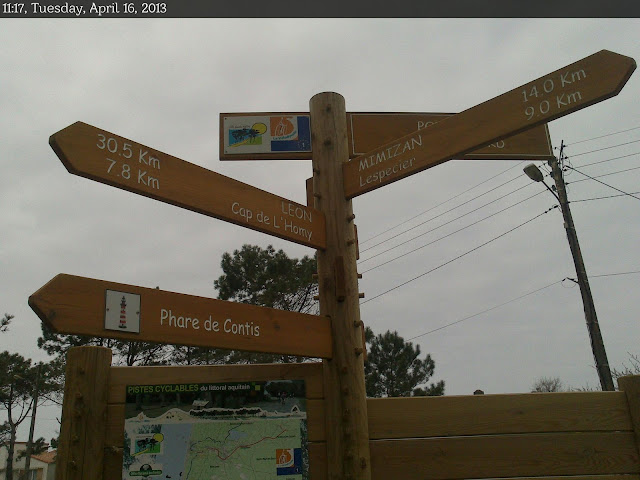 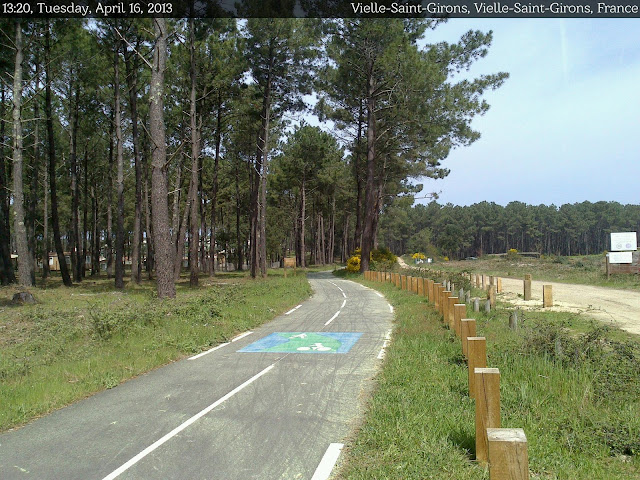 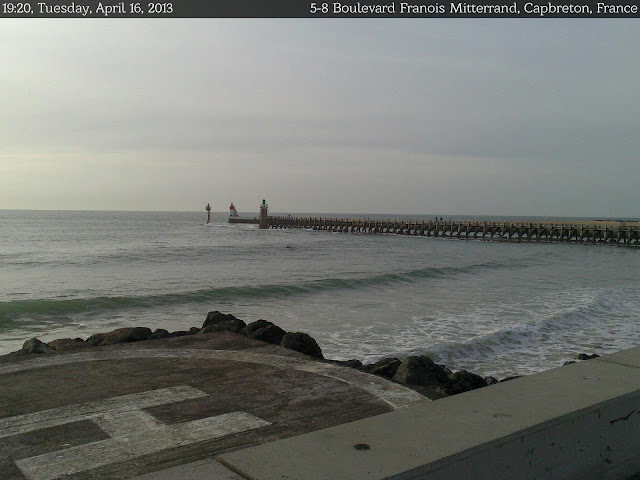 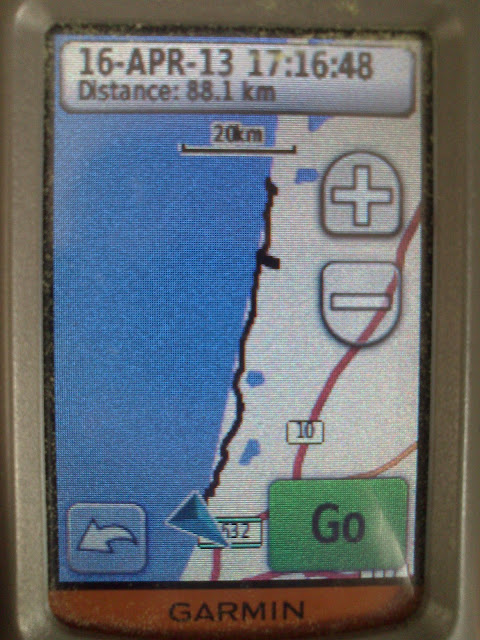 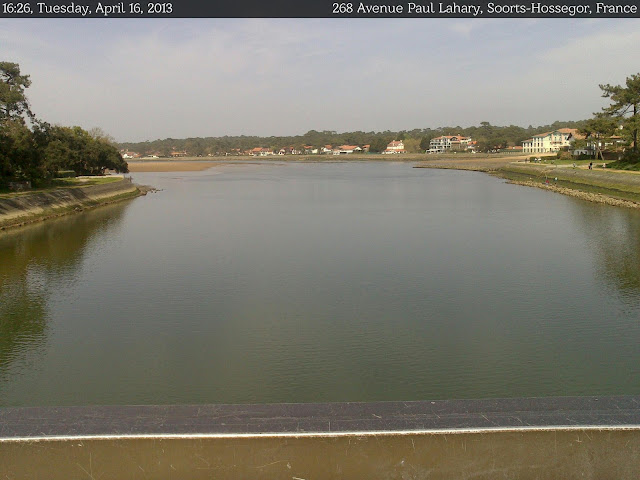 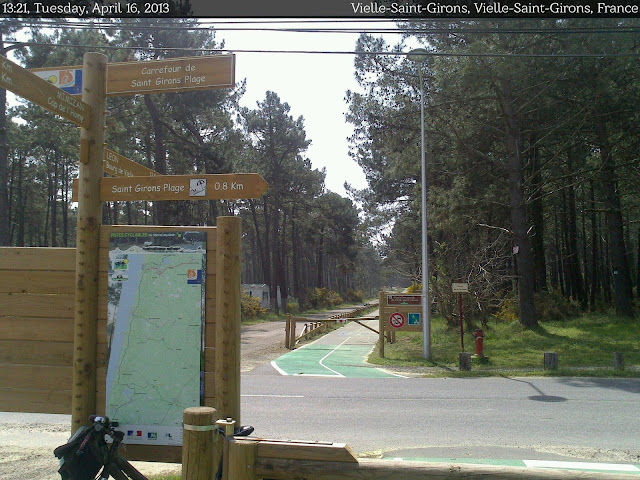 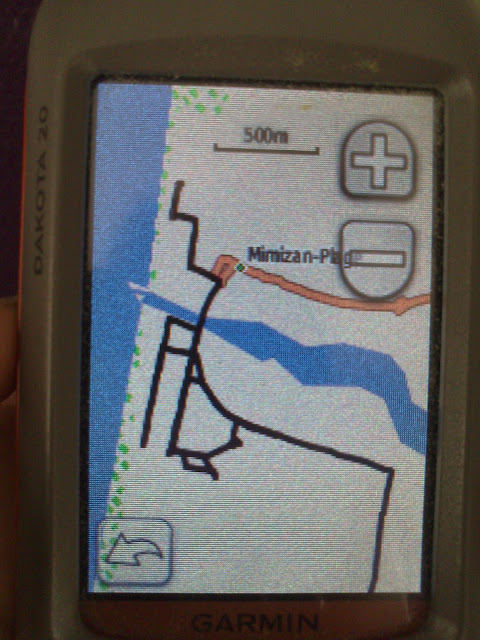 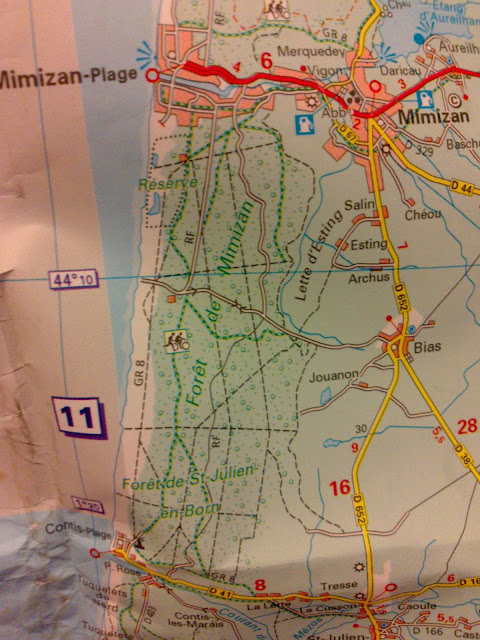 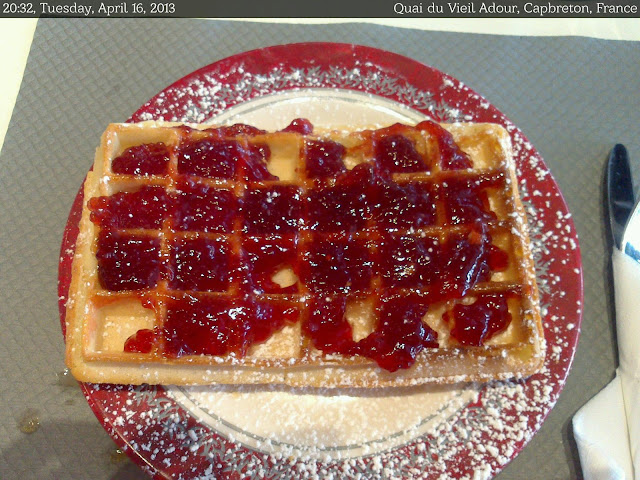 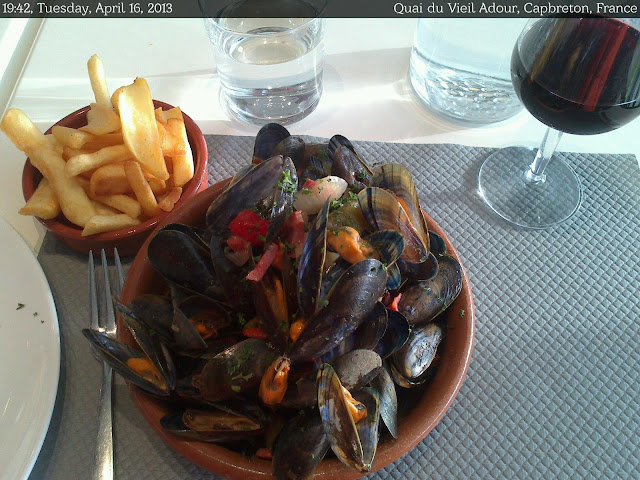 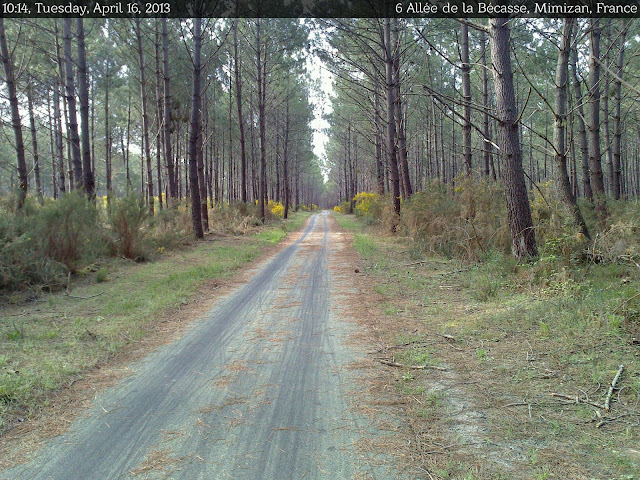