Today can be summed up in one word : windy. The early morning was quite nice: warm with a mix of clouds and sun. But by late morning, the wind started to pick up, making the ride a challenge.  The forecast had winds at 'sw', which is the direction I was going.  I'm sure now that the forecast indicates the origin of the wind and not the destination, as the winds were blowing right toward me.

I really struggled to ride into l'ile Bouchard, about 15 km from today's final  destination. Sometimes I had trouble controlling the bike, so I walked instead.  At some point I realized that my raincoat and yellow vest were not too aerodynamic : they were like a sail of a sailboat,  or a kite. I stuffed them in my backpack for a while and that seemed to help a little bit. Then it started to rain, so I had to put them on again.  High winds and rain: not the most enjoyable cycling conditions!

I was so happy to see a Super U (a supermarket chain), just so I could take shelter for a while. I bought a sandwich and some snacks.  I noticed the Super U had a bar and bathrooms, so I was able to eat my sandwich there and change clothes in the bathroom.  It was very appreciated :-)

The last 15 km of the trip, I was sure I was on a reality t.v. show where the stars are pushed to the limits until they're eliminated. The winds were so strong,  not only could I not control my bike,  but I had difficulty walking and at times difficulty just standing. I had to cross a bridge at some point.  I walked across it, on the sidewalk,  but a couple of times, I had to stop and hold on to the railing so I wouldn't fall over! I saw a guy walking his dog,  crossing the bridge on the other side.  We exchanged glances of an incredulous "WTF". :-)

I walked most of those last 15km and it took me about 3 hours.

In other news, I have finished the "Centre" fold-out map and am starting the "Poitou-Charentes" map. Yay for another milestone!

I had duck for dinner tonight.  The description on the menu sounded much fancier than "duck" though :-)

I have more photos to share but I have a bad connection here. I'll try to upload them tomorrow when I have a better connection. 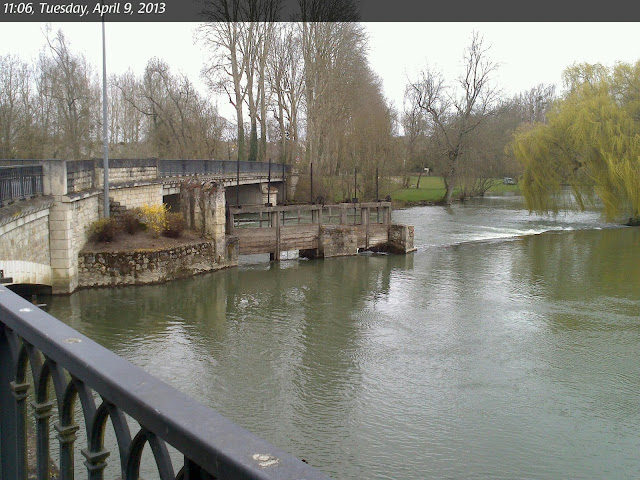 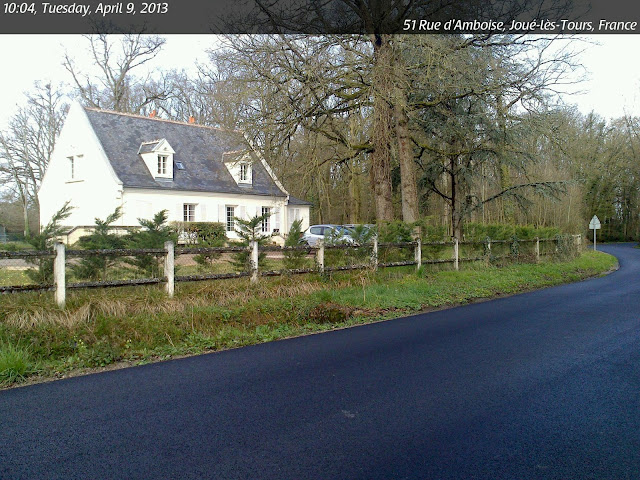 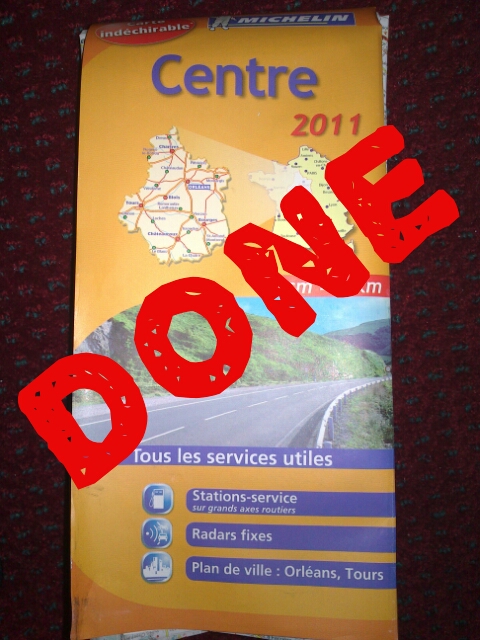 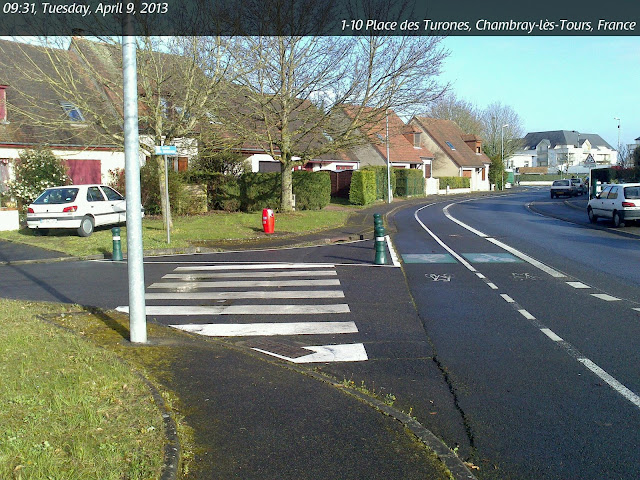 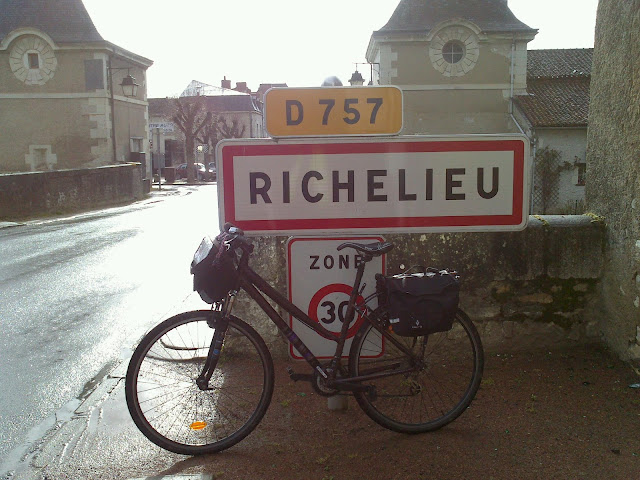 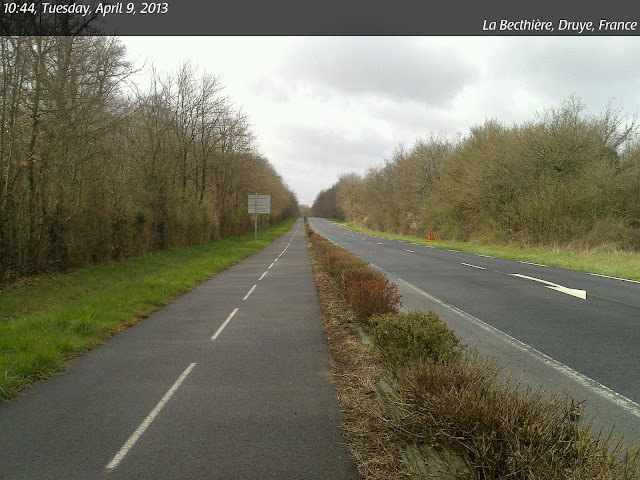