Today I cycled 50km from Saint Malo to Pontorson. Only sun and blue skies today.

This morning I cycled on a bike path along the beach, passing through Saint Benoît des Ondes. I sent a message to Benoît to tell him I was in his city. He told me I had just unlocked the achievement of chatting with Benoît while in Benoît. At noon, I headed on to Mont Dol and Dol de Bretagne, following the advice of the hotel owner at Pléven. I had lunch at Dol de Bretagne: tagliatelle bolognaise and a crêpe for desert. I'm starting to get used to having crêpes every day now.

This afternoon was a cow afternoon. Because of a blocked road about 10km from Pontorson, I had to take a detour. In part of this detour, I had to go on a road next to a farm with some cows. These cows seemed agitated: a few of them were making noise (meeeeuuuuhhh) and running around. As I approached, they looked at me and started heading in my direction. I wasn't sure if they were pissed off for some reason. I waited until a car came by and stopped it to ask the driver. She reassured me that there was nothing to worry about, and I cycled on through. She will probably be telling her friends about the crazy tourist on a bike who was afraid of cows.

Just around the corner, I saw some more cows who were just chilling out. I got as close as I could to them to take a few pictures. A little boy across the street was calling out to me "Madame Vache! Madame Vache!" I'm going to have a reputation in this region...

For dinner, I went to a brasserie where I ordered a salad for a change. At a table near me were seated four older people, I think all Americans. A French lady was chatting with them. One of the guys said he was from California. A second guy introduced a third guy as his boyfriend. The introduction was amusing:

American man: this is my boyfriend.

I thought about introducing myself, a fellow American, to them, but shyness got the better of me, as well as the thought that it would be obvious I had been eavesdropping on them:-)

A couple of the photos below are from last night's hotel: I watched the sun set from the yard of the manor. I also snapped a photo of a dog who seems to live there. This must be a happy dog, with so much space to run around. There's also a photo of the guestbook inside the gypsy wagon. I signed it:

"Had a lovely stay in this gypsy wagon during my bike tour across Brittany.

-Carmen, the American from Paris."

Tomorrow, I plan to visit Le Mont Saint Michel, before taking the train home. I have to change trains at Rennes, and I'll probably get home after midnight. I have a feeling Monday is going to be difficult. When is the next holiday?! 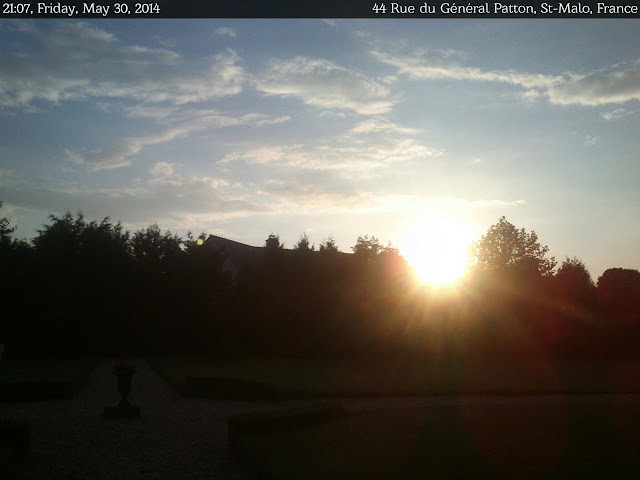 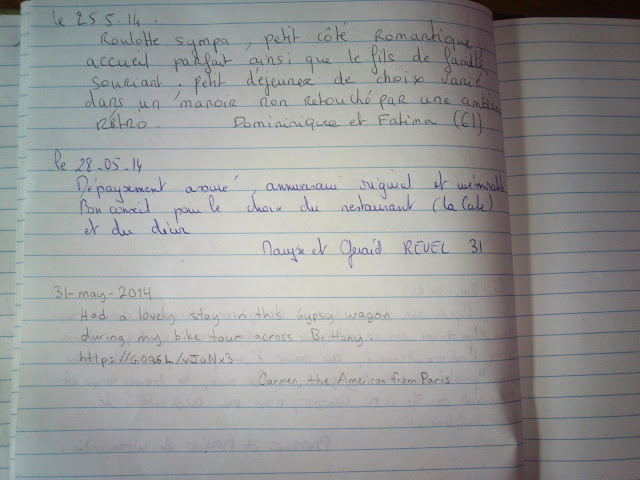 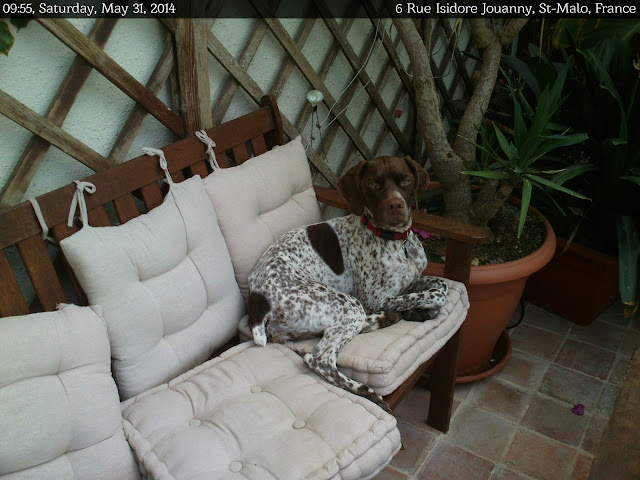 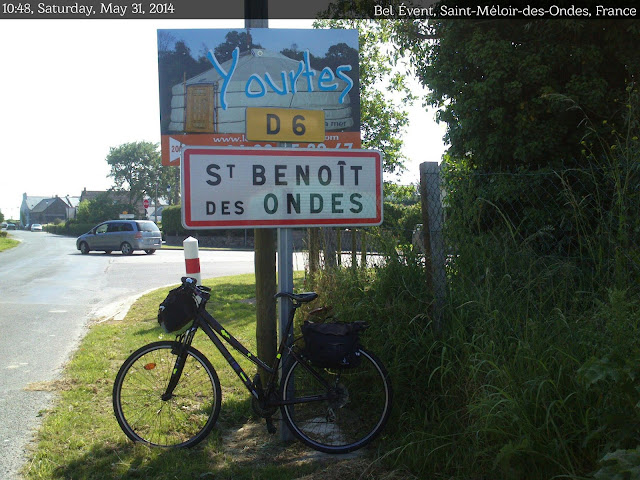 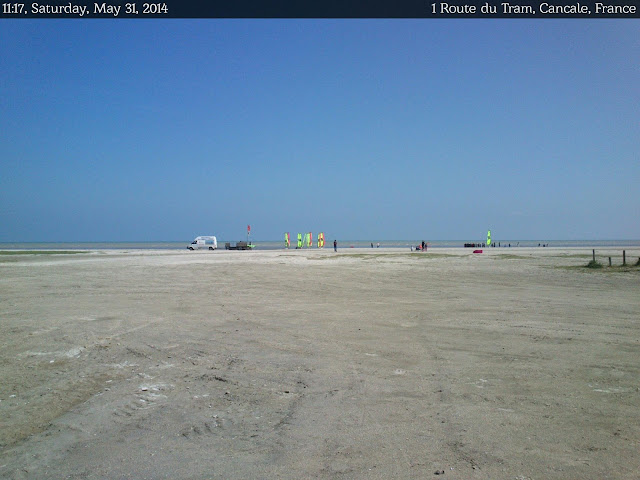 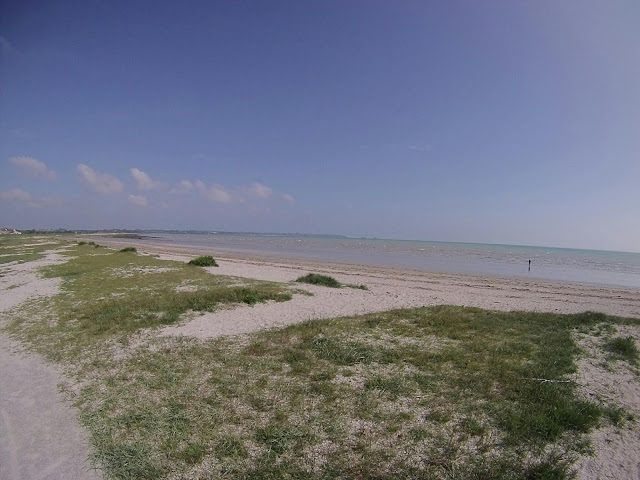 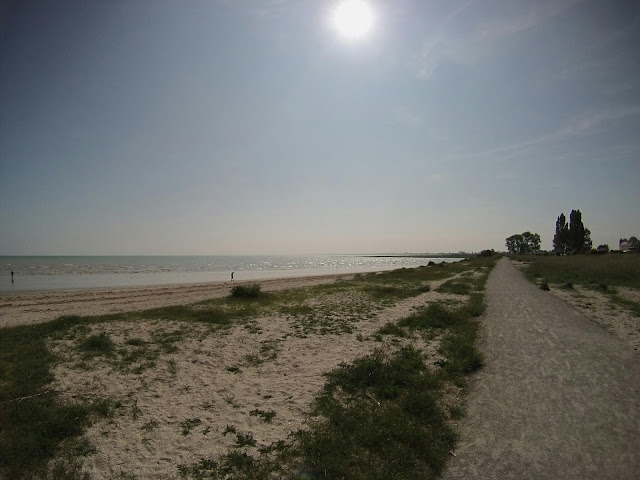 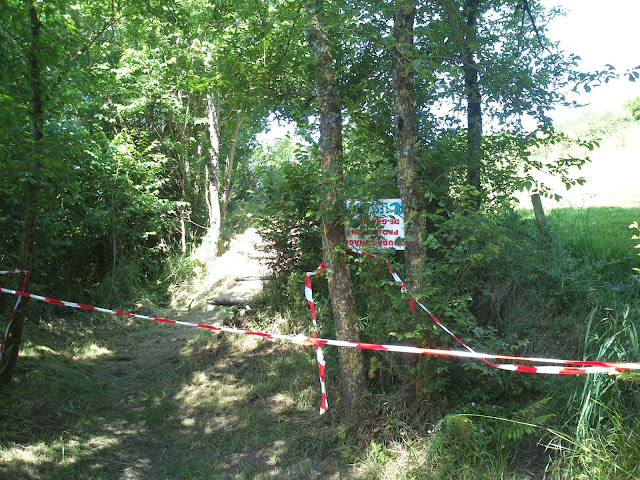 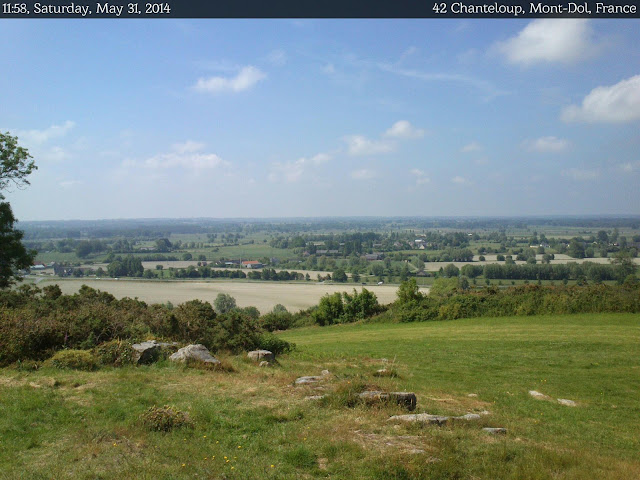 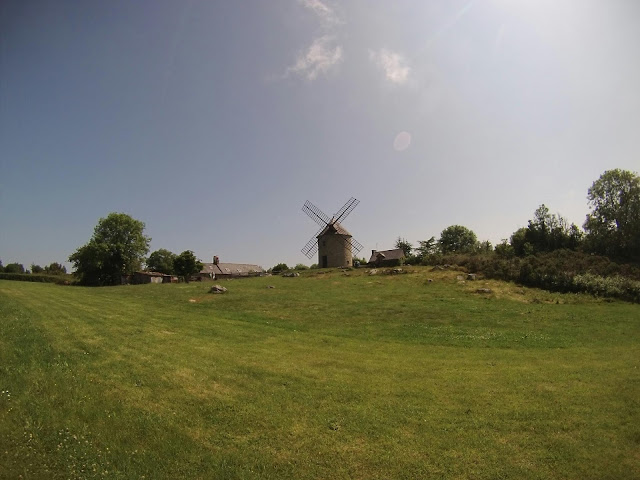 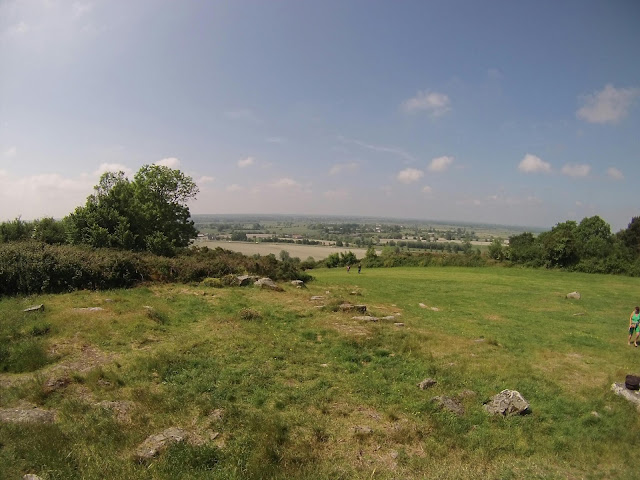 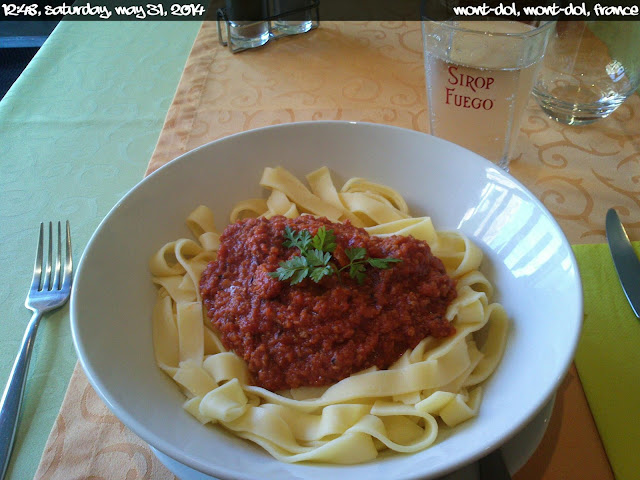 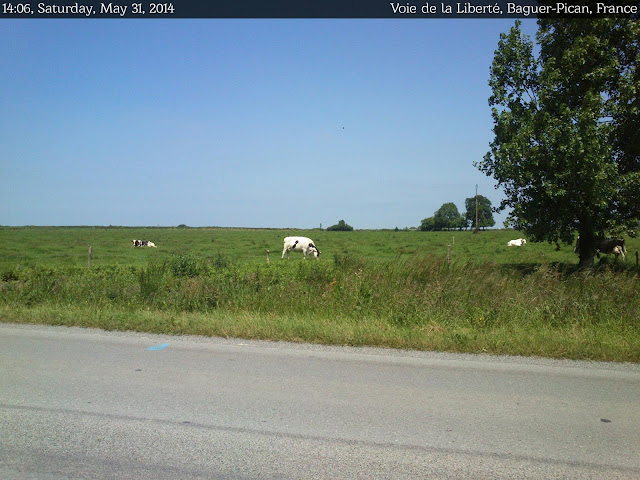 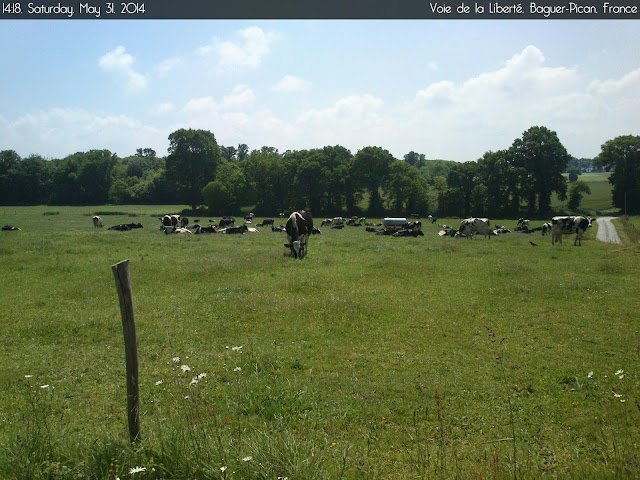 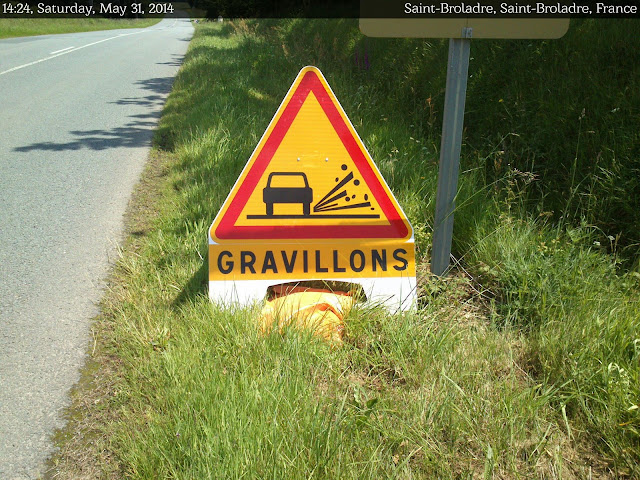 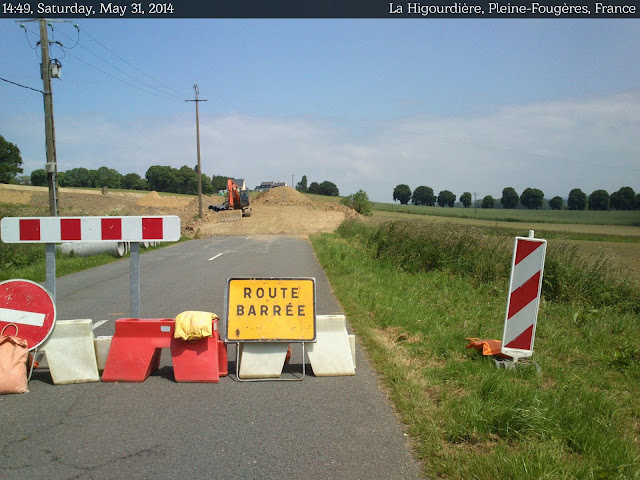 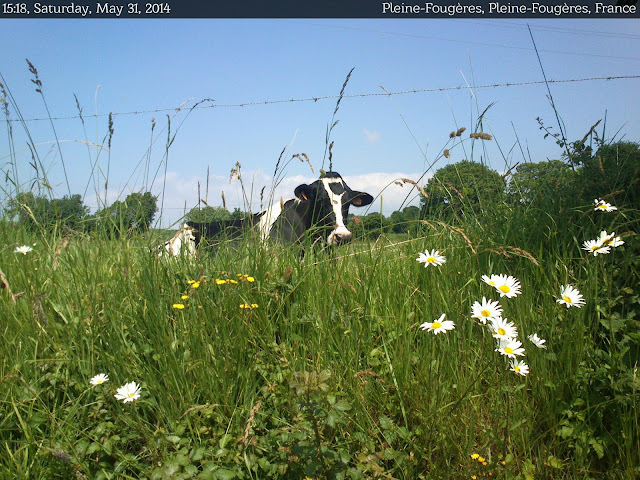 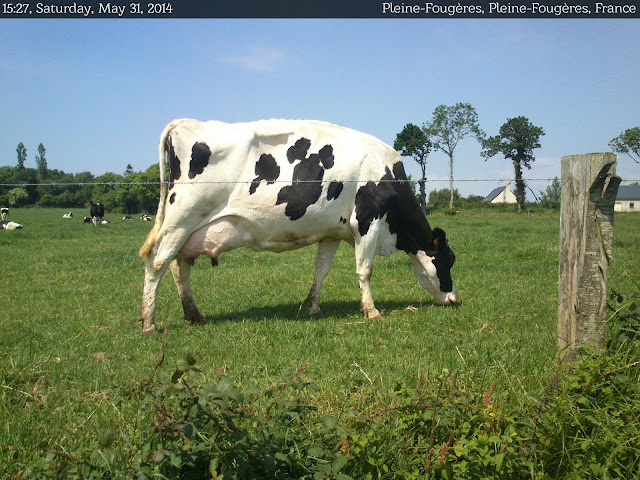 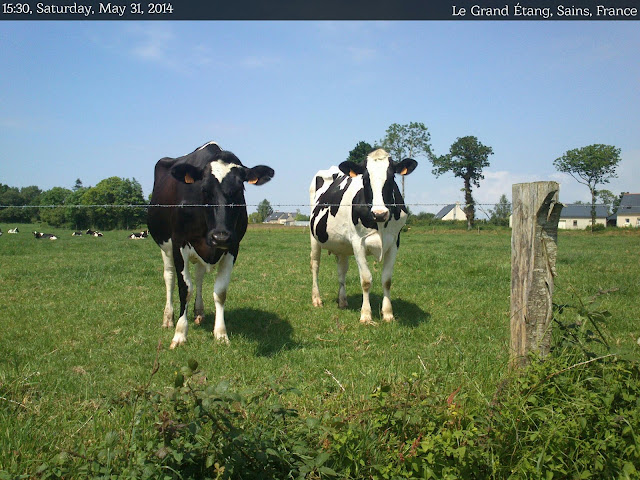 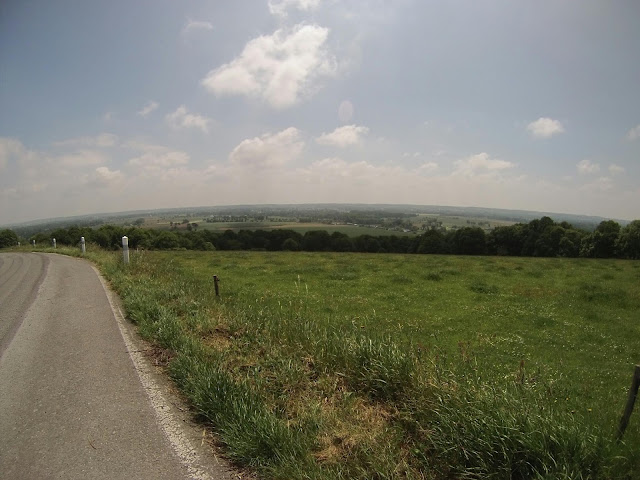 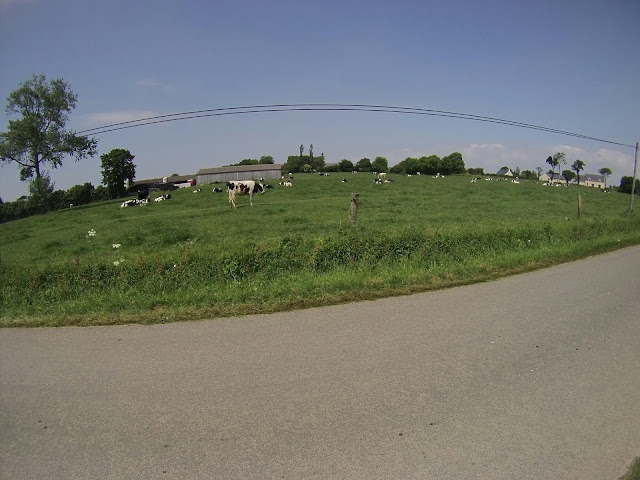 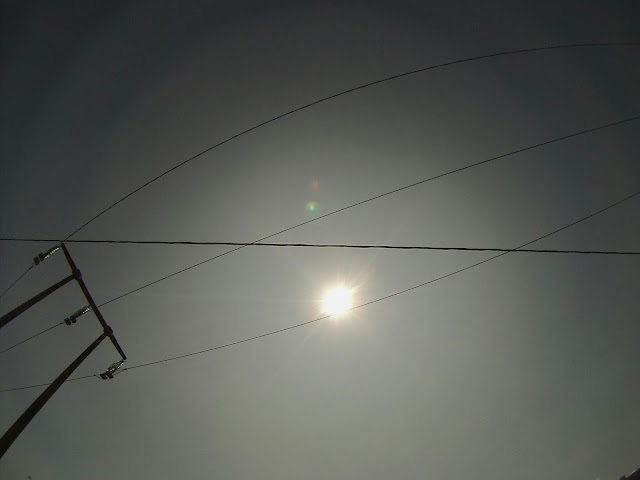 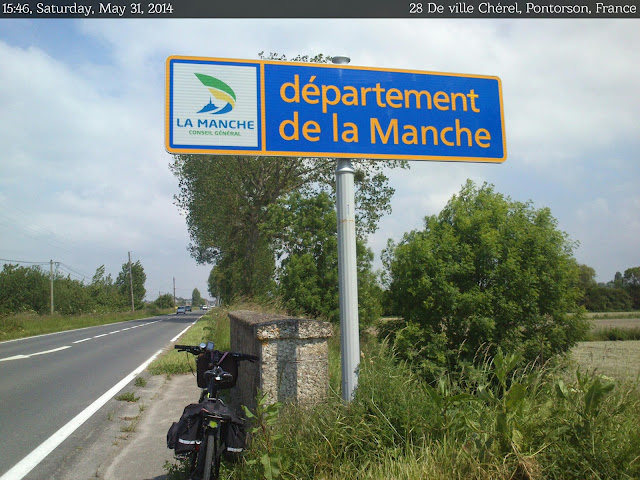 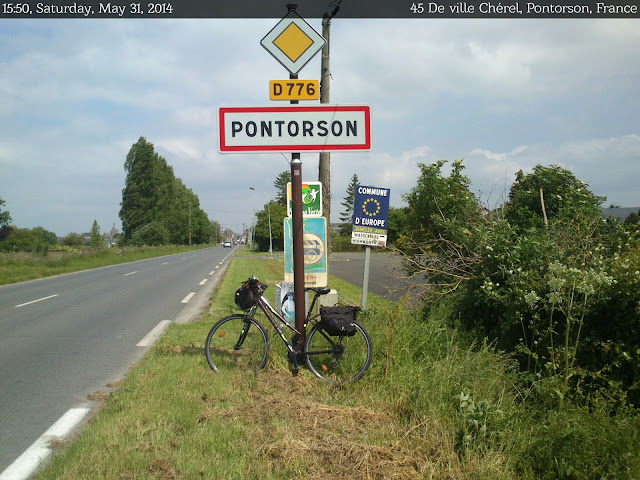 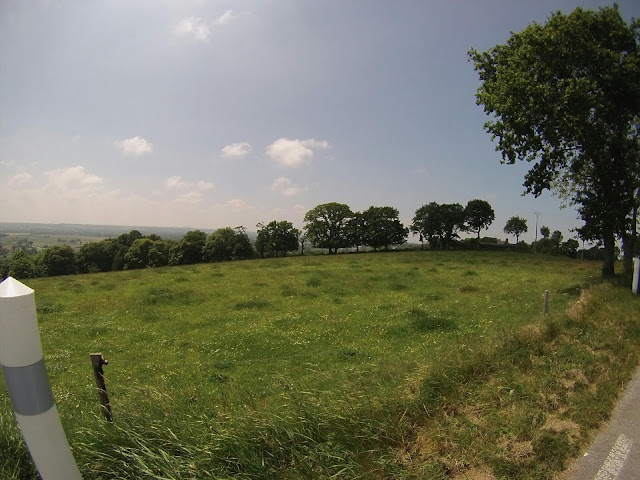 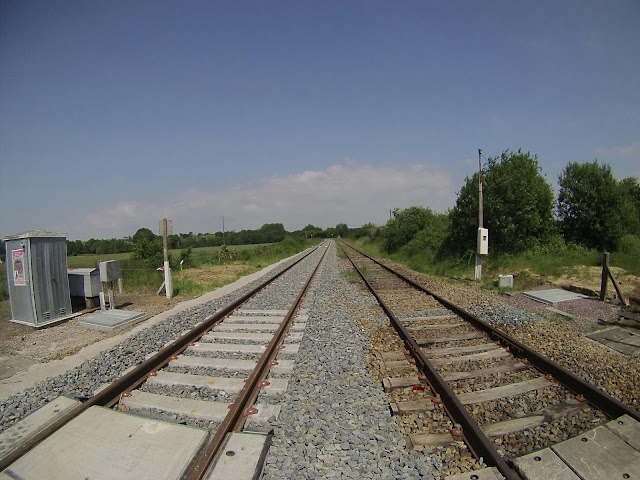 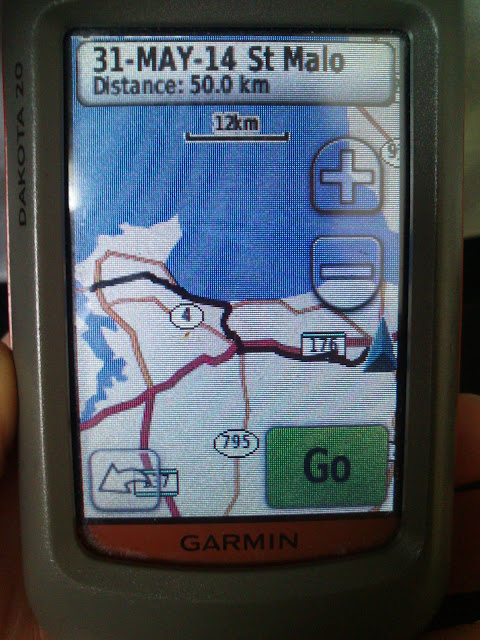 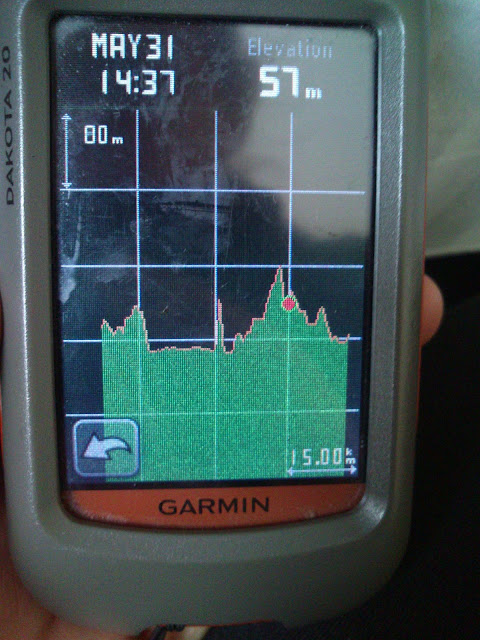 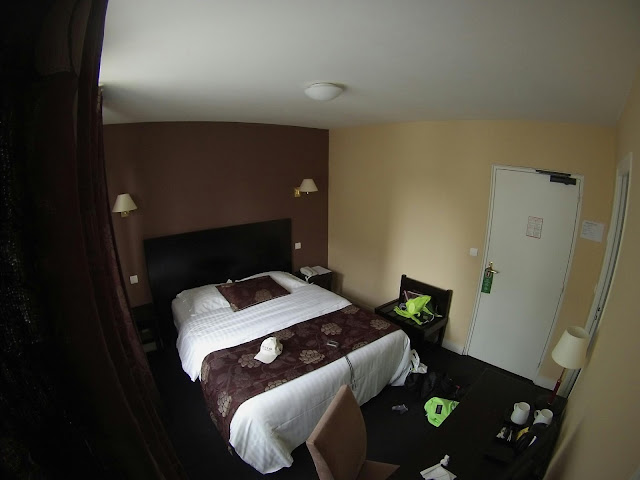 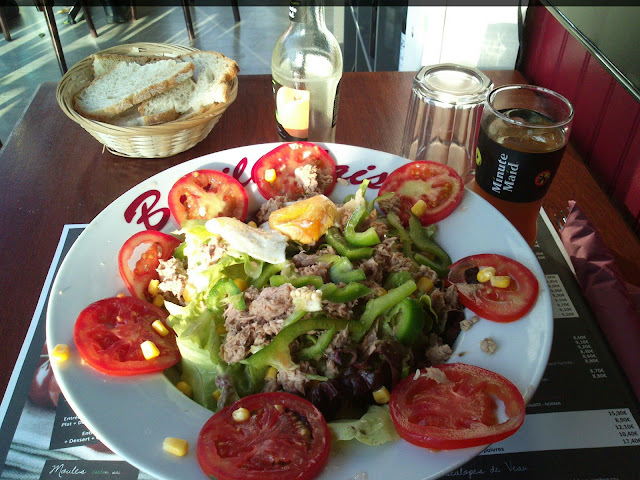